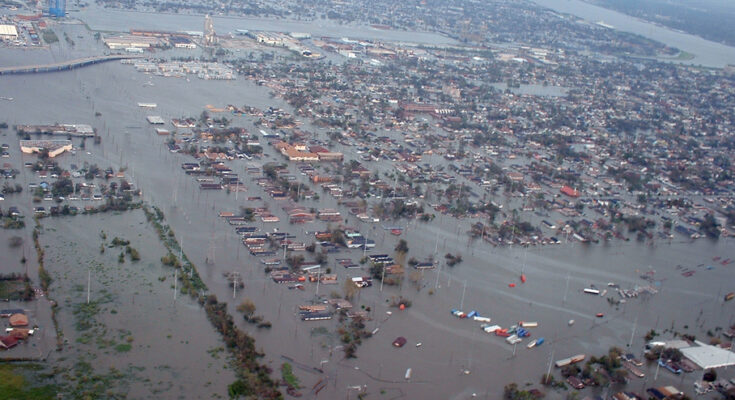 For years, low-income residents of New Orleans have said the state’s Road Home program paid them less to rebuild their homes compared to wealthier residents. They were right.

The complaints started as soon as Louisiana launched its massive program to help homeowners rebuild after hurricanes Katrina and Rita in 2005. Community leaders said the largest rebuilding program in U.S. history would be unfair to the state’s poorest residents.

Activists and real estate experts spoke out at meetings of the Louisiana Recovery Authority, which designed and ran the Road Home program. An attorney representing poor homeowners testified before Congress. A fair housing group sued the state and federal governments.

State officials made tweaks and settled the lawsuit, but they never changed a core part of the formula that determined how much homeowners received.

Now a groundbreaking analysis of nearly 92,000 rebuilding grants statewide shows critics were right all along: Road Home shortchanged people in poor neighborhoods while giving those in wealthy neighborhoods more of what they needed.

People in the most impoverished areas in New Orleans — those with a median income of $15,000 or less — had to cover 30% of their rebuilding costs after Road Home grants, Federal Emergency Management Agency aid and insurance. In areas where the median income was more than $75,000, the shortfall was 20%, according to the analysis by ProPublica, The Times-Picayune | The Advocate and WWL-TV.

Had properties in the lowest-income parts of New Orleans been covered at the same rate as the wealthiest, each of those households would have received about $18,000 more on average. Across the city, covering all homeowners’ repair costs at the rate of the highest earners would have resulted in another $349 million for rebuilding.

The Road Home program was hugely consequential for Louisiana, and much more so for its largest city, most of which flooded after Katrina’s storm surge overwhelmed its levees. Most homeowners didn’t have adequate insurance. Facing the possibility of a mass exodus, state leaders devised Road Home to cover the gap and encourage people to rebuild.

Road Home also allowed homeowners to sell their property to the state and move elsewhere, though housing was scarce in the region. If homeowners didn’t stay in Louisiana, they forfeited 40% of their home’s value.

Housing advocates say that’s due to the original sin of the Road Home program: It calculated each grant based on a home’s value before the hurricane or on the cost of repairs — whichever was less.

“The practical effects of how this program shaped the city can still be seen today,” said Davida Finger, an attorney who testified to Congress in 2009 about unfairness in the Road Home program.

The shortcomings in the Road Home program are part of a broader tapestry of failures in the ways America helps people affected by catastrophes. A yearlong investigation by ProPublica, The Times-Picayune | The Advocate and WWL-TV has found that disaster programs often shortchange the people who need it most, worsening inequities in the wake of disaster.

Finger said the news organizations’ findings were “shocking but not surprising.”

“What Black homeowners, what lawyers, what advocates, what community organizers, what reporters were telling the program designers all along was completely accurate,” Finger said. “They simply didn’t want to hear it.”

The state Office of Community Development took issue with the analysis, but none of the points it raised affected the news organizations’ findings.

Two officials who were in charge of the recovery told the news outlets that the findings were troubling.

Andy Kopplin, the first executive director of the Louisiana Recovery Authority, stressed that state officials took pains to steer more money to poorer homeowners through a second grant program. But Kopplin acknowledged in a written statement that the findings show that low- and middle-income households should’ve received more.

That’s “upsetting to those of us who were working to create more equitable outcomes and especially to those families who needed and deserved more resources for their recovery,” he wrote.

Walter Leger, who was a key board member of the LRA, said the findings should spur the state to seek more federal aid from Congress to fill the gaps.

In fact, federal rules no longer allow homeowners to be compensated for losses after a disaster, and Leger said using property values to determine aid after Katrina now appears to have been a misstep.

(This article was produced for ProPublica’s Local Reporting Network in partnership with The Times-Picayune | The Advocate and WWL-TV. )