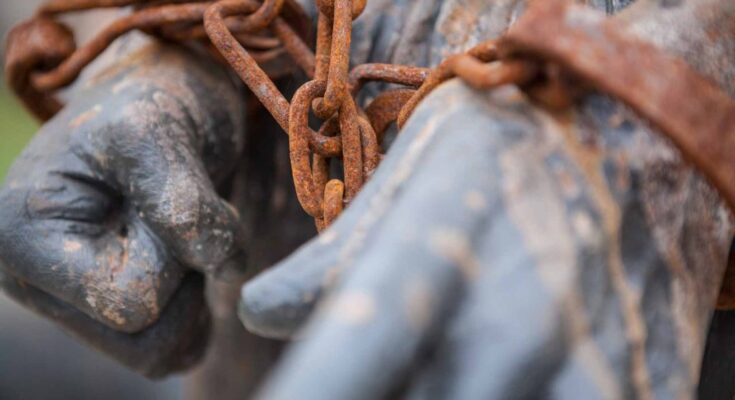 The Netherlands has apologised for its colonial past and the enslavement and exploration mandated by the Dutch state during the 17th-19th centuries.

Dutch Prime Minister Mark Rutte said that slavery must be recognised in “the clearest terms” as “a crime against humanity”.

The speech in The Hague on Monday came ahead of ministerial visits to the Caribbean and Suriname.

In his remarks Mr Rutte said: “Today I apologise for the past actions of the Dutch State to enslaved people in the past.” 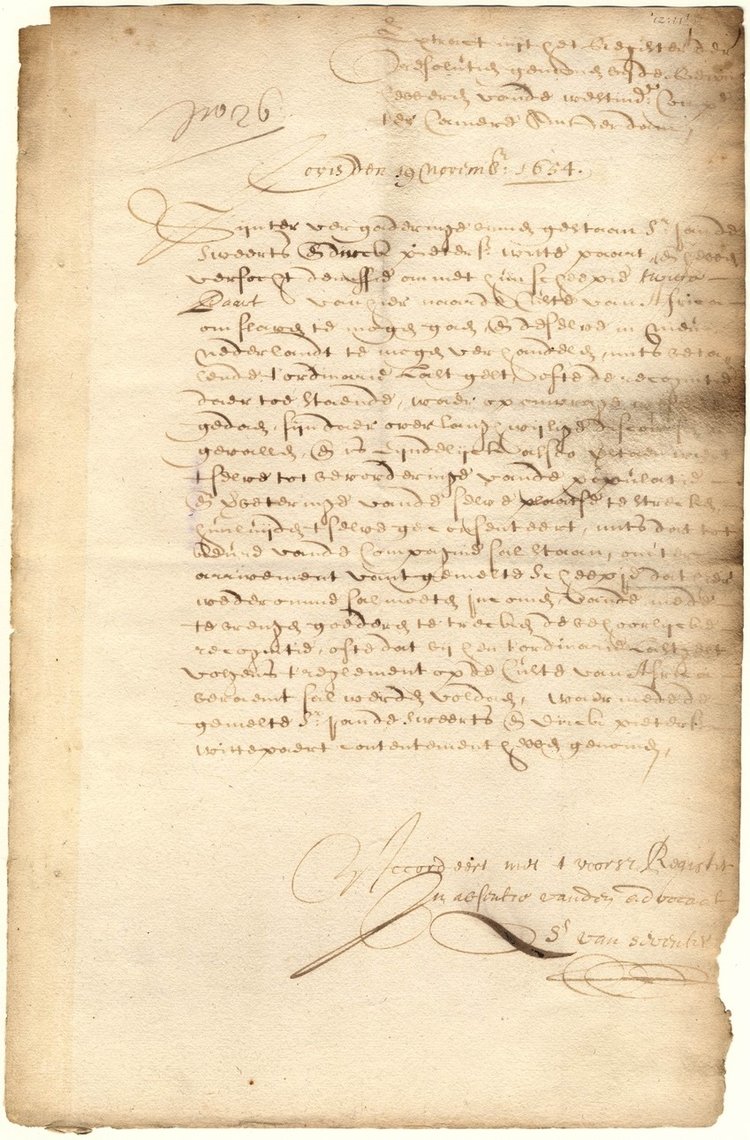 However, critics have complained of insufficient consultation and say the way it has been pushed through by the Dutch cabinet has a “colonial feel” to it.

Six Suriname foundations sought a court injunction to push the apology back to 1 July 2023, which would mark the 160th anniversary of the Emancipation Act, although it took another decade before slavery was actually phased out in the Dutch colonies.

“It should be on the first of July, when they removed our shackles,” says DJ Etienne Wix, whose community radio station mArt was among the groups seeking a different date.

Along with the formal apology, the Dutch government is expected to allocate €200m (£175m) to awareness projects and pledge to spend €27m on a slavery museum.

More than 600,000 people from Africa and Asia were trafficked by Dutch merchants between the 17th and 19th Centuries.

During the 17th Century, the Netherlands was one of the most prosperous trading nations in the world, in a period known as the “Golden Age” that saw huge advancements in science and culture.

Huge wealth was generated through state-mandated enslavement and exploitation.

Enslaved men, women and children were forced to work on sugar, coffee and tobacco plantations, in mines and as household slaves in the “New World”, colonised land in the Americas and Caribbean. They were subjected to extreme physical, mental and sexual violence.

In the western province of Holland alone, a Dutch Research Council study found 40% of economic growth between 1738 and 1780 could be attributed to slavery.

The prime minister has pushed ahead with what he described as a “meaningful moment”, indicating the need to capitalise on current political support for an apology, and to allow 2023 to be a commemorative year with funds allocated to special initiatives.

“The Netherlands is one of the European societies with the most direct and extensive links to slavery,” says Pepijn Brandon, professor of Global Economic and Social History at the Free University of Amsterdam who published the research.

He believes there has been a shift in public perception of the Dutch slavery legacy over the past decade with recognition that colonialism and slavery were at the heart of the Netherlands being a world-leading trading nation.

Increased attention in the media and education shows the topic is now approached very differently, he adds. This awakening has fuelled fundamental questions about the distribution of Dutch wealth and the prevalence of colonial-era prejudices today.

In a frost-encrusted park in the east of Amsterdam, poet and equal rights activist Quinsy Gario squints in the afternoon sun.

“Most people understand the Golden Age is a wrong term, so the real issue isn’t terminology anymore. If you recognise the Golden Age is no longer golden, what does it mean to redress the harm, the systems that were built then?”

And that, he says, should be the starting point for an apology.

The apology comes a week after a report found that people within the Dutch foreign ministry had been exposed to racist comments, and some were even passed over for promotion due to their skin colour or ethnic origin.

Within the same department, African countries were described in internal communications as “monkey countries”.

An apology from the foreign minister followed, with Wopke Hoekstra acknowledging that the report may damage the country’s reputation overseas.

The Netherlands has been accused of perpetuating and institutionalising racism.

In 2020, the then UN rapporteur on racism, Tendayi Achiume, found that a self-image of “tolerance” was blocking the tackling of discrimination and systemic racism within the Dutch constabulary.

People with migrant origins have on average smaller houses, lower educational achievements and incomes, and poorer health, according to a Statistics Netherlands report.

“Migrants are treated as second class citizens from the get-go,” Prof Brandon explains. “This translates as an unequal starting position. And then racism as a justification for slavery, that’s visible today.”

“We like to tell ourselves we are tolerant,” one Dutch-Surinamese friend told me. “We celebrate this tolerance, but tolerance inherently means accepting something you don’t like, and that’s how we feel, we are not welcome, only tolerated.”

Quinsy Gario created the movement “Black Pete is racism”, calling out the annual tradition of Sinterklaas which, until a few years ago, involved a widespread practice of white people “blacking-up” to represent fictional character Zwarte Piet – or Black Pete.

He believes this kind of attitude still exists in the Dutch establishment. He cites a Dutch childcare allowance scandal, when the tax office was found to have aggressively pursued families with a migrant background for money that they did not owe, and representation in the Netherlands’ diplomatic corps which he described as “blonde, blue-eyed people”.

Approximately 70% of the African-Caribbean community in the Netherlands, which mostly consists of descendants of slaves, believe an apology is important. And yet in the broader population, almost half of the Dutch do not support an apology, while 38% do, according to an I&O Research poll.

Some have expressed concerns about the cost of potential reparation claims; others argue it wasn’t they or their ancestors who enslaved or profiteered from colonialism so reject the concept of a collective apology.

Linda Nooitmeer, director of the National Institute for the Study of Dutch Slavery and its legacy, has been involved in negotiations. She says the apology allows people to look ahead to the future and consider next steps.

“The focus should be on how we can repair, how we restore everything that has been broken, not just in the colonies but here in the Netherlands too,” she says.

She adds that the fact the apology is being discussed means the lives of minorities are at the top of the Netherlands’ agenda.

“It means we are being seen. There is still a lot of pain from not being seen. This is a chance to make ourselves visible,” she says.

Like many Western nations, far-right parties have a considerable following in the Netherlands and these parties oppose the apology.

Thierry Baudet, leader of the Forum for Democracy Party, says his group “don’t see any point in such gestures”.

Aside from the government’s apology, King Willlem-Alexander has commissioned an independent investigation into the Dutch royal family’s role in the colonial past and postcolonial present.

It comes as other royal families consider their roles in the slave trade. In the UK, King Charles III and the Prince of Wales expressed “personal” and “profound” sorrow for Britain’s part in the transatlantic slave trade during speeches in Rwanda and Jamaica earlier this year.

Despite the official apologyfrom the Dutch, it may increase the pressure on others to recognise, and make recompense for, the historic and contemporary human rights abuses in a more explicit and tangible manner.

Quinsy Gario believes that must include reparations and collaborations. “A valuable apology means actually listening, and to reconstruct how the kingdom functions, and to heal the psychological terror and material inequalities. Words are fine but actions must mean reparations.” (Source: BBC News)

Dutch-American Stories: The Tale Of The White Horse: The First Slave Trading Voyage To New Netherland 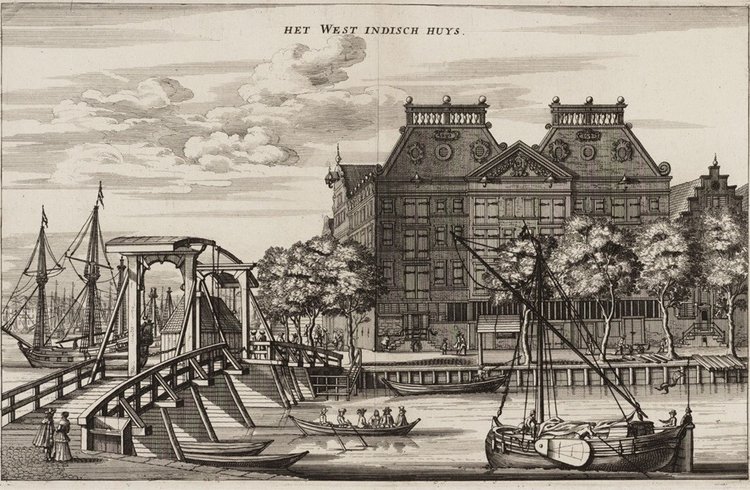