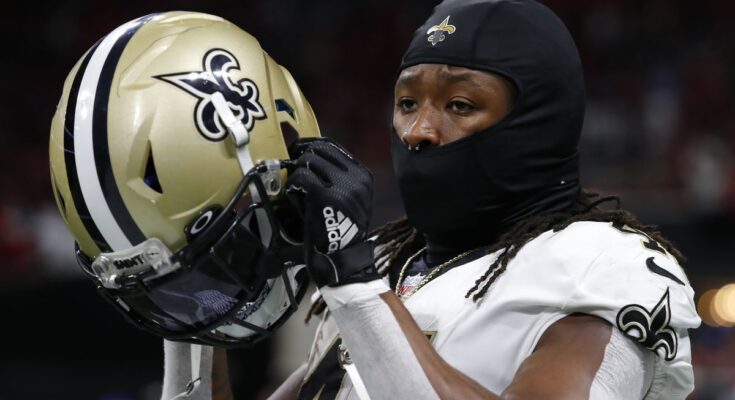 New Orleans Saints running back Alvin Kamara was arrested and booked for battery resulting in substantial bodily harm on Sunday, according to a Las Vegas Metropolitan Police Department release.

Las Vegas PD officers were dispatched to a local hospital on Saturday at approximately 5:50 p.m. local time, where a victim reported being battered at a nightclub located on the 3500 block of South Las Vegas Blvd., according to the release. An investigation by Las Vegas MPD detectives “determined the victim was battered by the suspect, later identified as Alvin Kamara,” the release stated.

Kamara, 26, was taken into custody without incident and taken to Clark County (Nevada) Detention Center where he was booked for battery resulting in substantial bodily harm, which is a felony. The investigation is ongoing. According to CCDC’s website, Kamara is in custody, being held on $5,000 bail and his first scheduled court appearance is Monday at 1:30 p.m. local time.

Kamara, a five-year NFL player, participated in the Pro Bowl, which took place at Allegiant Stadium in Las Vegas, on Sunday, catching four passes for 23 yards.

Kamara, a five-time Pro Bowl selection, had 898 yards rushing, 439 yards receiving and nine total touchdowns in the 2021 season for the Saints, who selected him in the third round of the 2017 NFL Draft.