darudemagNov 30, 2022Entertainment, History, Social IssuesComments Off on Will Smith’s Latest film ‘Emancipation’ is Historical Must See

Will Smith, 54, is on a nationwide screening tour of his upcoming Apple TV+ film, Emancipation, in which he stars as a real-life enslaved man, immortalized in the notorious 1863 “Whipped Peter” photograph displaying his ravaged back, an image credited with helping the world recognize the brutality of slavery.

“Emancipation” tells the triumphant story of Peter (Will Smith), a man who escapes from slavery, relying on his wits, unwavering faith and deep love for his family to evade cold-blooded hunters and the unforgiving swamps of Louisiana on his quest for freedom. The film is inspired by the 1863 photos of “Whipped Peter,” taken during a Union Army medical examination, that first appeared in Harper’s Weekly. One image, known as “The Scourged Back,” which shows Peter’s bare back mutilated by a whipping delivered by his enslavers, ultimately contributed to growing public opposition to slavery.

What drew you all to tell this story?

WILL SMITH: I was sent the screenplay, and it was one of the greatest reads I’ve ever had as an actor. I knew I wanted to make it by the time I was on page 20. I had seen the image of Whipped Peter as a child, but as his story started to come into focus, I was moved in all of the most beautiful ways. When you look at the brutality that he suffered, and then realizing that through that he was able to sustain faith, gratitude, and love in the face of those kinds of atrocities — I knew that I wanted to learn from Peter.

CHARMAINE BINGWA: I was on the edge of my seat as I read it. I immediately read it twice because I was just like, “This is thrilling, so engaging, and just an immense tale of triumph.”

Ben, how did you find a way to identify with a character who relishes in chasing down enslaved people who’ve escaped?

BEN FOSTER: By asking a lot of questions. [Director Antoine Fuqua] and I began discussing where racial violence comes from. And then we got down to that nervy subject called white fear. We started looking at the trauma of a baby, who we assume is not born racist, how they learn hate generationally.

SMITH: Ben didn’t speak to or acknowledge me on set for the entire five months of shooting. I remember looking at him like, ‘Oh, that’s right. We’re not playing. This is serious, important material.’ He snapped me to attention, and I really credit the seriousness and the care and concern that Ben took in playing this character with elevating my performance in the process.

FOSTER: Well, thank you, Will. But I had the other view: My first day on set, I didn’t see Will Smith doing Will Smith. I saw a man going deep in, and we didn’t need to speak. So for whatever it’s worth, I thank you for snapping me in, too.

SMITH: This was, without question, the hardest film I’ve ever shot. The swamp, the gators, and snakes, and spiders — and then we had a COVID shutdown. We had a hurricane. We had the heat index clipping up at 115 degrees. I mean, it was absolutely grueling. And I don’t like bugs, so that was a big one, being up to your neck in a swamp. But all of that adds to what you see on camera. It’s like you can feel the difficulty of the shoot in the texture of the scenes. It was grueling, but I love it. I am as proud as I have ever been of a piece of art.

BINGWA: My team knew the intensity of the shoot, and they sent me a massage voucher. I sobbed the entire 90 minutes through that massage. It made me grateful because I had somewhere to take my stress — [my character] had nowhere. 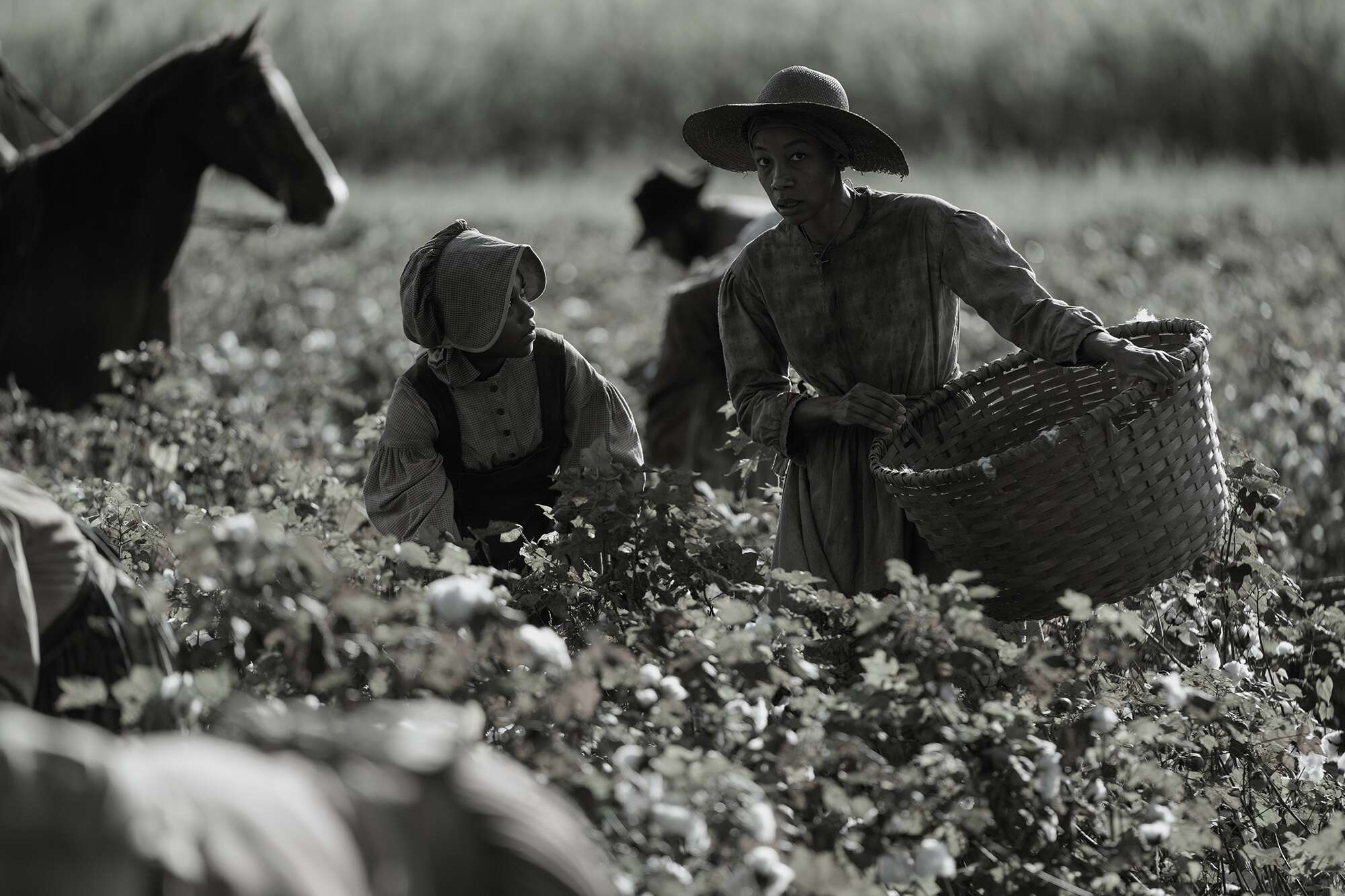 This film is coming out at a time when there’s a lot of debate on how to educate future generations about this period of our history –  with some preferring to gloss over it.

SMITH: We’ve been showing it on college campuses, and I’ve been very surprised at the hunger these students have for this story to be told in this way. They’re literally clapping and standing up in the middle of the screenings. These kids grew up with a Black president. They don’t have, I guess, the aversion to [discussing slavery as] someone my age may have. They actually are open and want to know the truth of the history. I think that being able to depict the harshness and the brutality — but also the bravery, love, passion, and faith — will be helpful for all of us in the cultivation of compassion and the squelching of the fear that is growing between us.

BINGWA: You can try and remove the books from the classroom, but it just shows the power of cinema and the importance of storytelling. It feels like we’re making a real contribution.

FOSTER: The weight that our incredible director Antoine Fuqua carried, and felt it every day — it was like watching a prizefighter come to work about fighting with love. The way that he expressed his understanding of the past and the importance of what’s happening today, being able to weave those elements so seamlessly with so much heart… I can’t imagine the tremendous artistic weight, but what he’s accomplished with this film is astounding. (Courtesy of EW)