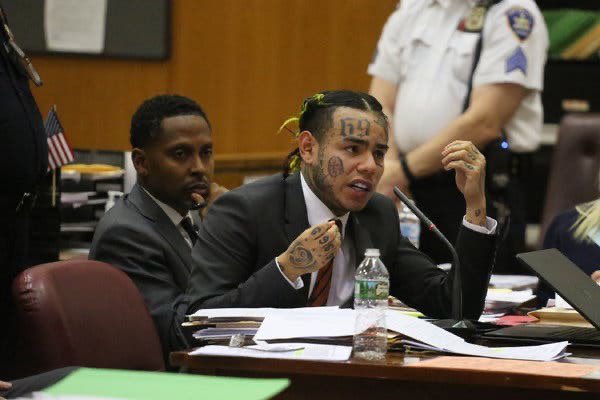 darudemagDec 18, 2019EntertainmentComments Off on Tekashi 6ix9ine Receives a 2 Year Sentence

With a 2-year sentence, Tekashi 6ix9ine just received the deal of a Snitch.  Keep in mind, he’s already served 13 months of that which means he will be out by late 2020.

According to TMZ, before handing down his sentence, Engelmayer ran down very specific examples as to why Tekashi should serve more than just the 13 months of time served his team had been pushing. The judge said even though Tekashi cooperated in tremendous fashion, “one way or another the full range of your conduct would have come to light.”

Engelmayer — who revealed Tekashi met with the feds 26 times — said Tekashi may not have pulled the trigger in shootings, but made it crystal clear Tekashi’s responsible … completely rejecting the notion Tekashi was just a passive participant.
The judge did add Tekashi helped prosecutors tremendously but said, “In my judgment, your conduct is too violent and selfish to make 13 months reasonable. You will not be going free today.” Engelmayer said Tekashi deserved a great deal of credit for cooperation but 13 months as time served was NOT nearly enough.

Tekashi begged the judge to give him a second chance. He had said he’d seen the error of his ways and wanted to do right by himself, his family and his fans. His mom and others submitted letters too … asking the judge for leniency.

Previous PostDONALD TRUMP HAS BEEN IMPEACHED! Next PostDiddy Celebrates His 50th Birthday