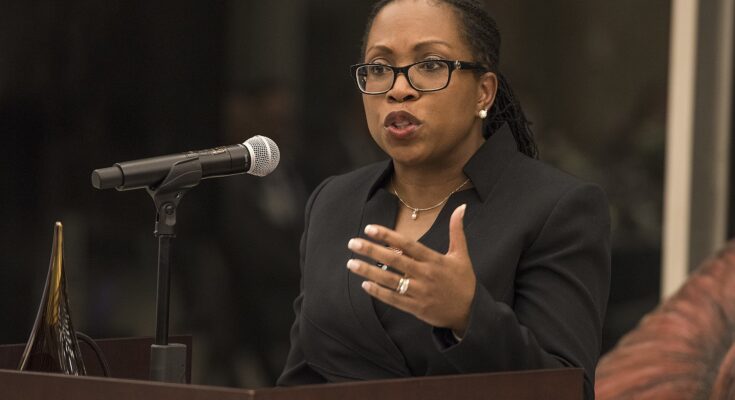 darudemagMar 24, 2022PoliticsComments Off on The Honorable Ketanji Brown Jackson’s nomination is a ‘profound achievement for African American women in the legal profession’

On Feb. 25, federal judge Ketanji Brown Jackson made history, becoming the first Black woman to be nominated for the U.S. Supreme Court.

“During this process, I looked for someone, who like Justice Breyer, has a pragmatic understanding that the law must work for the American people, someone who has a historical perspective that the Constitution is a resilient charter of liberty,” Biden said in introducing Jackson.

As Biden looks to modify the U.S. Supreme Court into reflecting the diversity within America, Jackson’s nomination is a professional and personal win for Black women and lawyers, like Shaakirrah R. Sanders, a law professor at the University of Idaho College of Law.

“In terms of what this means, it is a profound achievement for African American women in the legal profession, but African American women around the country who come out and vote as they always do to vote for their candidate for president,” Sanders said, who is currently teaching for the spring at Brookland Law School in New York City . “So what this nomination means is that it’s just a very small step toward recognizing what African American woman have contributed to American society and American law in general.” By Shaakirrah R. Sanders  (Continue Reading)