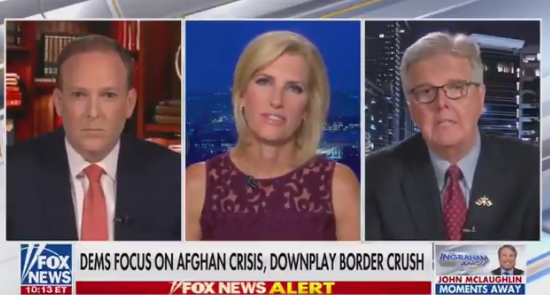 According to The Houston Chronicle, People criticizing the Republican leadership of Texas for the state’s rising COVID-19 cases, hospitalizations, and deaths should instead blame unvaccinated African Americans, said Lieutenant Governor Dan Patrick in a Thursday night interview with Fox News anchor Laura Ingraham.

“The COVID is spreading, particularly, most of the numbers are on the unvaccinated,” Patrick said in response to a question about people attacking the policies of Governor Greg Abbott, who is embroiled in legal battles with school districts and counties that have required masks despite the Republican governor’s ban on such mandates.

“The Democrats like to blame Republicans,” continued Patrick, a Republican. “Well, the biggest groups in most states is African Americans who are not vaccinated. Last time I checked, over 90 percent of them vote for Democrats in their major cities and major counties.” (Continue Reading)