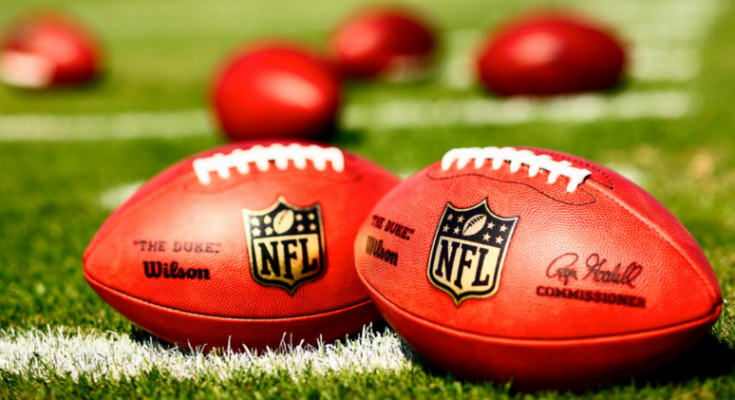 NFL’s 10 rookies to watch for during 2021 preseason

darudemagAug 04, 2021SportsComments Off on NFL’s 10 rookies to watch for during 2021 preseason

NFL preseason represents the first opportunity to see rookies on the field at full speed. As much as training camp offers a glimpse, the picture is different when the opposition wears different uniforms. With only a few weeks left until the 2021 NFL regular season kicks off, this is our chance to see what those players can bring to their new teams when real football starts.

Certain rookies had a starting job nailed down from the moment their name was turned in on draft cards. Those players will be fun to watch in the preseason, but the ones that are most interesting are those who can win a job, or increase their role, with a good preseason showing. These are the players we’ll focus on here.

The following are some of the most intriguing rookies to keep an eye on through their first preseason action.

Matt Nagy has repeatedly said that Andy Dalton will be the starter Week 1, but how long it lasts after that is a moveable target — and Fields has as much control over this as anybody. Dalton is not an incapable NFL starter, but Fields has special potential. He had multiple college seasons with a PFF grade above 90.0 and has been one of the best-graded passers that PFF has ever graded at that level.

Fields isn’t under pressure to start right out of the gate, but if he shows well in the preseason, he could accelerate the transition from Dalton and see the field sooner rather than later in his rookie season.

All eyes are on quarterback Tua Tagovailoa as he enters Year 2 in Miami, but a critical component of his and the team’s chances for success is the performance of the offensive line. Miami’s line was still bad last season, but the team was able to work around that by moving pockets and generally getting the ball out quickly. The line still ranked 31st in PFF pass-blocking grade over the season and was dead last in run-blocking grade.

Miami largely eschewed the opportunity to make significant changes to the unit this offseason, instead relying on the young players from year ago to develop and improve dramatically in 2021. As such, Eichenberg represents arguably the only real chance of an outside addition upgrading a unit that badly needs the improvement.

Eichenberg was a second-round pick who the team traded up to acquire, and PFF’s draft guide suggested he had one of the highest floors in the class due to his technique and fundamentals. Eichenberg got better each season of his college career and has the tools to start Day 1 — a job he could win in the preseason.

Moore has been getting a lot of hype already in Jets training camp. While has the prototypical size and college deployment of an NFL slot receiver, his supporters have always pointed to his potential to do far more. The Jets brought in Corey Davis in free agency, but there are snaps to be had as the No. 2 receiver in New York, a role Moore could make a case for if his hype can translate to preseason games.

Moore earned an overall PFF grade of 91.2 this past season at Ole Miss. Almost all of his work was done from the slot, but he showed elite toughness and contested–catch skills whenever additional opportunities came his way. Moore caught 73% of his contested–catch targets during this past season. Few players catch as effortlessly without adjustment in tight quarters.

Working the middle of the field, Marshall was an exceptional red-zone target at LSU — 23 of his 106 career receptions went for TDs. The different skill set he brings to the table could see him carve a vital and significant role within the Panthers offense, even if it isn’t necessarily a high-volume one given the team’s depth at receiver.

The Saints made no secret about their need for another cornerback and finally addressed that spot with the addition of Prince Amukamara. Still, Adebo has a chance to compete for the starting job opposite Marshon Lattimore. Adebo is a third-round draft pick who sat out the 2020 college season, but he showed elite production on the football in college when he did play. He had 24 pass breakups in just two seasons and boasts the size and length to make the same kind of impact at the pro level.

There were certainly some negatives on Adebo’s tape as well, and he hasn’t played football since 2019. But the Saints have a job to be won at corner, and Adebo could earn that spot with a strong preseason.

Similar to Fields, Lance is clearly the future in San Francisco, but the timetable for his arrival as the starter remains cloudy. That’s something he can impact with a strong preseason. Jimmy Garoppolo is a capable starter, and the team seemingly is in no rush to usher him to the bench, but Lance brings a skill set that has to have head coach Kyle Shanahan giddy with excitement because of what it allows him to do schematically.

Surtain was one of the more surprising picks of the first round, but not because he isn’t an outstanding player. The Alabama CB just didn’t represent a position of acute need for Denver. There were quarterbacks on the board who would have addressed the biggest need they have.

With Kyle Fuller and Ronald Darby on board, Surtain looked likely to be brought along slowly, but he is one of the most pro-ready cornerbacks to enter the league in years and has been drawing rave reviews in training camp. He could force his way into a starting role if he proves in the preseason that he is ready. One of the most battle-tested rookie corners in the draft, Surtain saw 157 targets come his way over the last three seasons at Alabama, allowing just 51.6% to be caught by their intended receiver.

Robby Anderson and D.J. Moore are entrenched as the starters in Carolina, but Marshall provides a different kind of target for Sam Darnold who could be huge for the team, especially in the red zone. With a 6-foot-3, 200-plus pound body, Marshall has extensive experience in the slot in college, with almost exactly half of his 835 snaps in the pass game coming from an inside alignment.

The only reason not to have Lance as the starter is because you believe he isn’t ready or that the moment is too big for him. If he shows that’s not the case in preseason, he will make it a lot easier for the team to make a switch at quarterback that is only a matter of time anyway. Maybe Lance can’t win the job in preseason, but he can certainly shorten the timetable.

Ryan Fitzpatrick has perfected the art of YOLO quarterback play. A player with a limited skill set, Fitzpatrick has become excellent at relying on his playmakers and giving receivers a chance to make plays for him. Terry McLaurin will certainly benefit from that style, and though the team added Curtis Samuel in free agency, it could really use another player emerging opposite McLaurin who is comfortable with these types of opportunities.

Brown saw plenty of those passes in college from Sam Howell and had an average depth of target of 18.4 yards at NC State. He also earned plenty of tough catches down field and is well at home fielding deep targets, regardless of the coverage. That’s a skill that wasn’t in doubt in college, so he just needs to prove to his quarterback that it still plays at the NFL level.

The New York Giants lacked pass-rushing prowess on the edge last year. No edge rusher on the team had more than 20 total pressures over the entire season, and even though Lorenzo Carter returns from injury for 2021, Carter’s career-high is just 35. Ojulari had 37 total pressures on just 193 pass rushes in his final season at Georgia, earning a PFF pass-rushing grade of 91.7 and being labeled as “one of the most advanced edge rushers in the class” in the PFF Draft Guide.

Ojulari has a lack of size and power to his game to overcome, and that’s always a worry at the NFL level, but he has a natural ability to rush the passer on the edge with speed, technique and agility — the Giants are in desperate need of that. It behooves the team to give him every possible opportunity to show what he can do, rather than limit his chances because of fears of what he can’t. The preseason is potentially big for Ojulari to tilt that balance in his direction.

The Eagles defensive line has been at its best when it has depth — the ability to run seven guys out there who can all generate. Williams isn’t going to be pushing to start over Fletcher Cox or Javon Hargrave unless he shows something truly remarkable, but he can carve a sizable role as a rotational pass-rusher.

Williams was the No. 3-ranked interior defender on PFF’s Big Board, earning a PFF pass-rushing grade against true pass sets of 91.2 last season. He notched 30 total pressures from 248 pass-rushing snaps and has the kind of quickness and speed that is lacking from the big-bodied interior linemen the Eagles have elsewhere.  (Writing Source PFF)