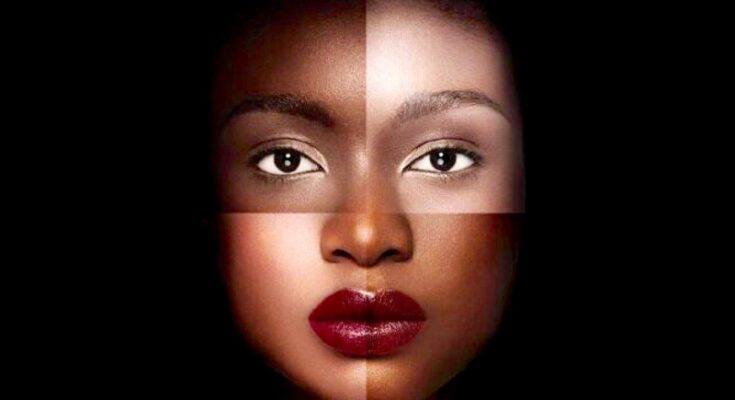 When Lise was a young teenager in Georgia, her classmates bullied her relentlessly. She had moved with her family from Haiti a few years earlier, and she didn’t fit in with the other students. They teased her about her accent, claimed she “smelled weird,” and criticized the food she ate.  But most often they would attack her with remarks about her dark complexion. Sometimes teachers would send her home from school because she couldn’t stop crying. “I remember going home and I would take those copper wire things that you scrub dishes with,” she says. “I would go to the bathroom and I would take my mom’s bleach cream and scrub my skin with it.”

And it wasn’t just white classmates. Black students harassed her too—for being an outsider, for being too different. She remembers them asking, “Why is she so dark?”

ust when she thought it couldn’t get worse, the phone in her palm became an endless stream of pictures of beautiful, lighter-skinned women getting dozens, hundreds, or even thousands of likes and affirming comments. She slowly began to notice that the world wanted parts of her—like her curves and her lips—but not things like her dark skin or her hair. Not her whole self, all together.

As she struggled to cope with the abuse, Lise convinced herself that the darkness of her skin was to blame. And social media platforms and the visual culture of the internet suggested the same thing.

Even among those closest to her, the undesirability of her darkness was reinforced. She grew to realize that her mom, aunts, and friends all used the skin-lightening creams she’d borrowed after school, many of which contain toxins and even carcinogens. It was confusing: her community fought hard against racism, but some of the prejudice she experienced came from Black people themselves.

And social media was just making it worse.

The prejudice Lise experienced—colorism—has a long history, driven by European ideals of beauty that associate lighter skin with purity and wealth, darker tones with sin and poverty. Though related to racism, it’s distinct in that it can affect people regardless of their race, and can have different effects on people of the same background.

Colorism exists in many countries. In India, people with darker skin were traditionally ranked lower in the caste system. In China, light skin is linked to beauty and nobility. In the US, people across many races experience colorism as it is prejudice rooted primarily in complexion rather race. Historically, when African-Americans were enslaved, those with lighter skin were often given more domestic tasks where those with darker skin were more likely to work in the fields.

These prejudices have been part of the social and media landscape for a long time, but the advent of digital images and Photoshop created new ways for colorism to manifest. In June 1994, notoriously, Newsweek and Time both ran cover images of O.J. Simpson’s mug shot during his murder trial—but on Time’s cover, his skin was markedly darker. The difference sparked outrage: Time had darkened the image in what the magazine’s photo illustrator claimed was an attempt to evoke a more “dramatic tone”. But the editing reflected that the darker the man, the more criminal the American public assumes him to be.

This association has very real consequences. A 2011 study from Villanova University found a direct link between the severity of sentences for 12,000 incarcerated women and the darkness of their complexion.

And today, thanks to the prevalence of selfies and face filters, digital colorism has spread. With Snapchat, Instagram, TikTok, and Facebook a part of billions of people’s everyday lives, many of us find that people see far more pictures of us than ever before. But there are biases built into these systems. At a basic level, the imaging chips found in most personal cameras have pre-set ranges for skin tones, making it technically impossible to accurately capture the real variety of complexions.

And the images that do get taken are often subject to alteration. Snapchat reports that over 200 million people use its filter product, Lenses, every day. Some of them use it to lighten their skin tone; other filters and automatic enhancing features can do the same on Instagram and TikTok. Photo technologies and image filters can do this in ways that are almost imperceptible. Meanwhile, social media algorithms reinforce the popularity of people with lighter skin to the detriment of those with darker skin. Just this week, Twitter’s image-cropping algorithm was found to prefer faces that are lighter, thinner, and younger.  (Continue Reading)