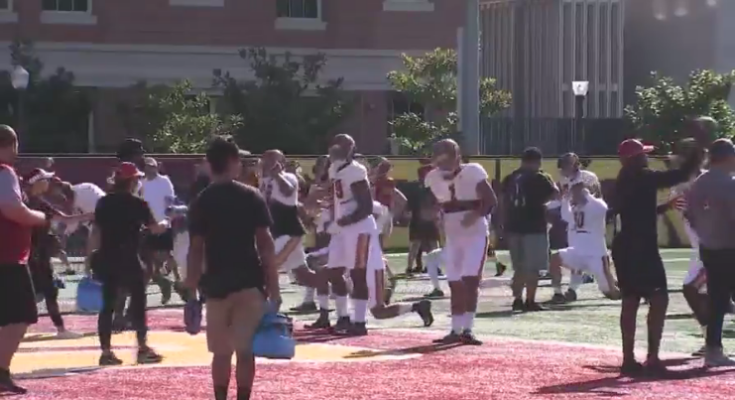 darudemagJun 21, 2021Money, SportsComments Off on The Supreme Court sides with former college athletes in dispute with NCAA

In a ruling that could help push changes in college athletics, the Supreme Court on Monday unanimously sided with a group of former college athletes in a dispute with the NCAA over rules limiting certain compensation.

The high court ruled that NCAA limits on the education-related benefits that colleges can offer athletes who play Division I basketball and football can’t be enforced.

Under current NCAA rules, students cannot be paid, and the scholarship money colleges can offer is capped at the cost of attending the school. The NCAA had defended its rules as necessary to preserve the amateur nature of college sports.

But the former athletes who brought the case, including former West Virginia football player Shawne Alston, argued that the NCAA’s rules on education-related compensation were unfair and violate federal antitrust law designed to promote competition.

The case doesn’t decide whether students can be paid salaries. Instead, the ruling will help determine whether schools decide to offer athletes tens of thousands of dollars in education-related benefits for things such as computers, graduate scholarships, tutoring, study abroad and internships.
ADVERTISEMENT