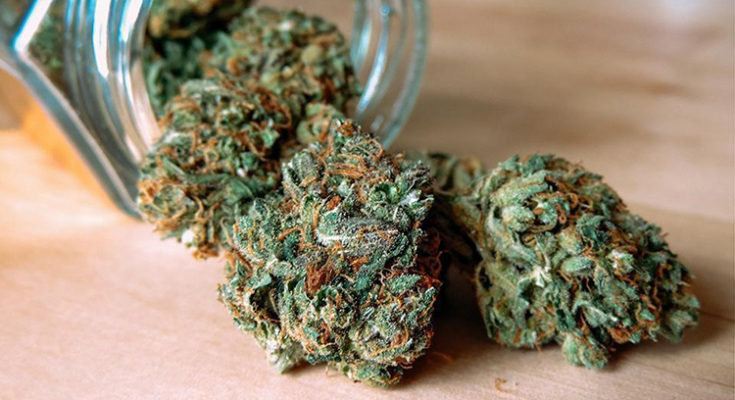 Two Top Cannabis Stocks to Watch for this Month

darudemagDec 05, 2019Business, MoneyComments Off on Two Top Cannabis Stocks to Watch for this Month

According to The Motley Fool, American and Canadian marijuana stocks alike have had an absolutely terrible 2019. Bureaucratic red tape in Canada has led to a painfully slow rollout of brick-and-mortar retail locations in key provinces like Ontario, whereas sky-high tax rates in the U.S. have kept the black market firmly in business in all-important states such as California.

The net result is that several leading North American cannabis companies have tabled mergers, cut back production, and even axed top executives in recent months. There has also been a noteworthy drop-off in high-dollar equity partnerships this year — compared to 2017 and 2018 — presumably due to the industry’s slower-than-expected maturation. Consequently, pot stock valuations have fallen off a cliff in 2019.

The worst may not be over, however. December is the time of the year when investors truly begin to think about cutting bait with their losers in order to minimize capital gains taxes from other investments. Because of their dreadful performance in 2019 and generally poor outlook in 2020, pot stocks could prove to be a prime area for so-called tax-loss selling.

Which stocks should cannabis investors have their eyes on this month? Canopy Growth (NYSE:CGC) and Cresco Labs (OTC:CRLBF) are two top names that should provide significant insight into the industry’s fortunes leading into 2020. Here’s why.

Canopy: Is the clock ticking on its Constellation Brands partnership?

Canopy is Canada’s largest cannabis company by market capitalization, the country’s second-largest licensed producer in terms of fully funded capacity, and it also sports one of the richest cash positions in the industry thanks to its marquee partnership with alcoholic beverage giant Constellation Brands (NYSE:STZ).

These three factors were a boon for shareholders when the market loved all things marijuana. Now that the market has soured on pots stocks as a whole, however, Canopy’s former advantages have seemingly turned into an anchor around its proverbial neck. The core reason is that this titan of the pot industry is expected to remain unprofitable for another two fiscal years, despite these immense competitive advantages over most of the broader field. That’s probably not what Constellation had in mind when it originally took out an equity stake in Canopy.

Another ominous sign is Constellation’s surprise decision to sell off its Ballast Point craft beer venture this week to Kings & Convicts Brewing Co., presumably at a steep loss (financial terms were not disclosed). Stated bluntly, one has to wonder how much longer Constellation will tolerate Canopy’s sizable quarterly losses.

That’s not to say that the alcohol giant will throw in the towel on this multibillion-dollar investment soon, but it’s also not out of the realm of possibility that Constellation may decide that enough is enough at some point in the upcoming calendar year. Therefore, investors will definitely want to monitor how Canopy’s share price reacts to this news this month.

A canary in the coal mine

Cresco’s once-promising investing thesis took two major hits over the past three weeks. First and foremost, the California Department of Tax and Fee Administration recently announced additional tax hikes on legal cannabis in the state starting Jan. 1, 2020. The problem is that California’s latest tax rates are expected to widen the already enormous price gap between legal and illicit weed. That’s obviously not good news for companies like Cresco and its soon-to-be partner Origin House that are attempting to operate legit cannabis businesses in a state with a thriving black market.

Secondly, Cresco recently scrapped its planned acquisition of the Florida dispensary company VidaCann in an apparent capital preservation move. This strategic decision isn’t particularly surprising in light of Cresco’s faltering share price, but it’s certainly not welcome news, either. VidaCann, after all, would have provided the company with a significant entry point into the high-value medical marijuana space in Florida.

The big picture is that Cresco should prove to be a canary in the coal mine for American cannabis stocks in general this month. Cresco, after all, is one of the most visible names in the space these days — especially with its landmark Origin House acquisition on the horizon. Thus, cannabis investors should definitely have this name on their radar in December.

Cannabis legalization is sweeping over North America – 10 states plus Washington, D.C., have all legalized recreational marijuana over the last few years, and full legalization came to Canada in October 2018.

Because a game-changing deal just went down between the Ontario government and this powerhouse company…and you need to hear this story today if you have even considered investing in pot stocks. Continue Reading:

Previous PostNew Allegations Against R. Kelly Linked To His Marriage To Underage Aaliyah Next PostCardi B and Offset are setting the record straight on those cheating rumors.