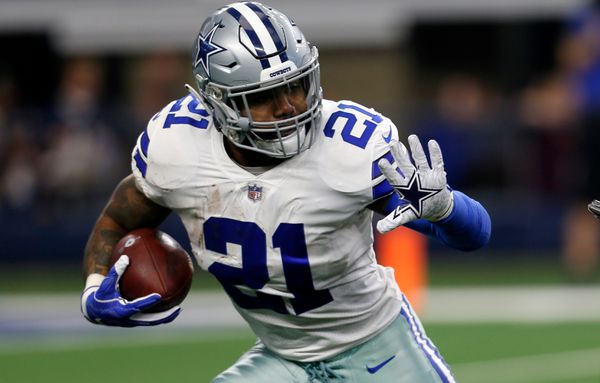 What does Ezekiel Elliott’s extension Mean For The NFL

With two years remaining on his rookie contract, Elliott on Wednesday received guaranteed money from the Dallas Cowboys — $50 million of it — and the protection against injury it affords. Over the weekend, pass rusher Jadeveon Clowney, unable to reach a long-term deal with the Houston Texans and unwilling to risk injury playing on the franchise tag for them, forced his way out of Houston by agreeing to a trade to the Seattle Seahawks. Clowney, who was picked first overall by Houston in 2014, wanted to be in Seattle, making it clear he was not interested in the Miami Dolphins, another suitor. The Seahawks are a contender, of course, but it was no accident that Clowney mentioned “relationships” when explaining Seattle’s appeal; he said he’d talked with Seahawks offensive tackle Duane Brown, his former teammate in Houston, about Seattle coach Pete Carroll’s operation. So, Clowney got away from the Texans, dictated his destination and will still almost certainly get a huge payday as a free agent next year.

The structure of the NFL gives most players little power. Their contracts are not guaranteed, so the teams — able to cut their players at any time and facing no mechanisms that could force them to give player raises — maintain the leverage.

Alvin Kamara, the Saints‘ workhorse of a running back who ranks fourth in the NFL in scrimmage yards over the past two seasons with 3,146, is scheduled to make $807,500 in base salary this season. As a third-round pick, he has two years remaining on his rookie contract, which pays him a capped amount on a fixed length under the current collective bargaining agreement. Under the current CBA, after Kamara’s rookie contract runs out, the Saints will have the option to keep him from negotiating with other teams via the franchise tag, the compensation for which is also capped. (Although it is worth noting that Kamara’s contract runs through 2020, which is also the last year of the current CBA.) The only way players have a chance of getting what they feel they have earned before reaching free agency is to withhold what their teams desperately need: their services.

Holdouts are an ugly part of the business. Fans despise them, coaches are irritated and fatigued by them (Washington’s Jay Gruden said he is “numb” to left tackle Trent Williams‘ holdout) and players run the very real risk of missing paychecks if the holdout can’t be resolved. But they can be effective for the very few players who are critical to their teams and who raise a fuss. Like Elliott.

The deal he agreed to is a mixed bag. It is a six-year extension, which means he is theoretically tied to the Cowboys for the next eight years. At 24 years old and entering his fourth NFL season, Elliott essentially will sign away the best years of his career to Dallas via this contract, although there are certain to be outs for the team. And by locking himself in early, unless he holds out again in a few years, Elliott will miss the potential negotiating opportunities that will be created by what are sure to be more significant increases in the salary cap in the years to come. That is a win for the Cowboys.

But Elliott got what he wanted: the guaranteed money right now, which is greater than what fellow Pro Bowl running back Todd Gurleyreceived in his extension with the Rams last year. Elliott knew that Cowboys owner Jerry Jones did not want to derail what the team believes is a championship-caliber roster, coming off a 10-6, NFC East-winning 2018 campaign in which Elliott led the NFL in touches (381) and rushing yards (1,434). Jones’ desperation to win another Super Bowl and Elliott’s central role in trying to get there were all the leverage Elliott needed.

Jones’ comments regarding the size of the pie getting smaller as linebacker Jaylon Smithjoined defensive end DeMarcus Lawrence in signing extensions this offseason were laughable negotiating rhetoric. No NFL team, and certainly not this one, has a problem with having enough money. And there was no chance the Cowboys would do a deal with any other player if it would have imperiled their chance to make a deal with Elliott, even with quarterback Dak Prescott heading into the final year of his rookie contract. That is how important Elliott is to this team’s chances, and that is why Elliott was in the position to spend his summer in Mexico while the Cowboys‘ contract negotiators sweated it out.

There have been other, similar success stories. Khalil Mack‘s maneuvering from Oakland to Chicago and the approach that resulted in Kirk Cousins signing a fully guaranteed deal in Minnesota after playing under two franchise tags in Washington come to mind. More recently, receiver Antonio Brown made himself so toxic in Pittsburgh that he was traded to the Raiders, and landed a rich contract in the bargain. Saints receiver Michael Thomas, meanwhile, ended a brief holdout with a five-year, $100 million extension.

Still, none of this is foolproof, which is why we are unlikely to see a flood of holdouts in the future. It is debatable whether Le’Veon Bell‘s season-long absence after refusing to play on the franchise tag for the Steelers last year was worth it. Bell got a big new contract from the Jets this year. But he forfeited a year of pay in his prime, albeit while saving his body the wear and tear of an extremely heavy workload in Pittsburgh. The Chargers‘ Melvin Gordon is still holding out, and with the Chargersdeclaring there will be no more negotiationswith the back, entering the fifth year of his rookie contract, Gordon is likely to miss games and paychecks. Williams, Washington’s left tackle, whose dissatisfaction with the organization is rooted in concerns about the treatment he has received from the medical staff, is in limbo. Washington appears to have no intention of trading him, and Williams will have to decide whether he wants to play thereagain. Jacksonville pass rusher Yannick Ngakoue ended his holdout in early August without landing a new deal. This is not a tactic for the timid. In many cases, the risk of failure is great.

Whether things change under the next CBA (the league and NFL Players Association have been in negotiations) is unknown. But with Elliott counting his money and the Cowboys‘ season back on track, the NFL may have gotten a look at the way forward for a very few, very valuable players. When all the circumstances line up, the best players will not be satisfied with the pie they have been given. They know they deserve more, and they will demand it — loudly, and sometimes disruptively. And they will get it.