Home Medicine Illinois residents will be able to buy marijuana at dispensaries as soon as Jan. 1. 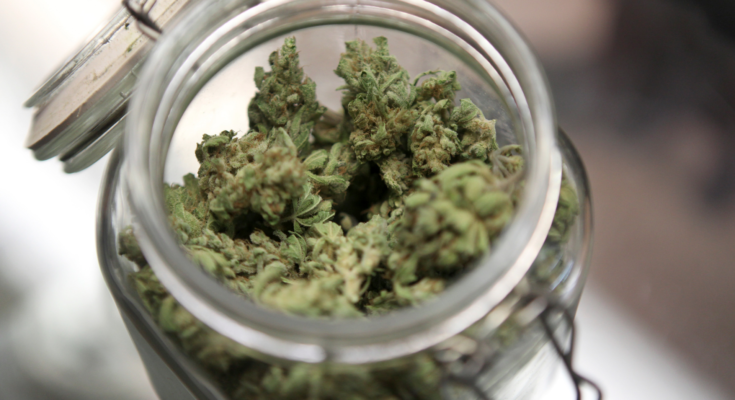 Illinois residents will be able to buy marijuana at dispensaries as soon as Jan. 1.

Recreational marijuana is now roughly six months away from being legal across Illinois.

That means residents 21 and over will be able to buy marijuana at dispensaries as soon as Jan. 1.

Illinois now joins 10 other states that have legalized recreational marijuana.

In Vermont and Washington, D.C., cannabis possession and cultivation is legal but sales are not regulated. Illinois and Vermont both legalized the drug through the legislative process, and not via a ballot initiative.

While many in Illinois care about the practical implications — like when and where they can buy marijuana, the governor and the bill’s sponsors are emphasizing the social equity components of the comprehensive measure, which will automatically expunge the records of those with arrests for possessions 30 grams of marijuana and will also help minority communities become involved in the business.

“Change is hard, but an essential tenet of good governance is recognizing the need to change the laws that have failed,” Pritzker said before signing the bill at the Sankofa Cultural Arts and Business Center on the West Side. “In the past 50 years, the war on cannabis has destroyed families, filled prisons with nonviolent offenders and disproportionately disrupted black and brown communities.”

The governor noted black and white people in the state use the drug at similar rates, but “black people are far more likely to be arrested for possession.”

“With this legislation, our state once again is a leader, putting forward the most equity-centric cannabis legalization in the nation,” Pritzker said to applause. (CST) Continue Reading: