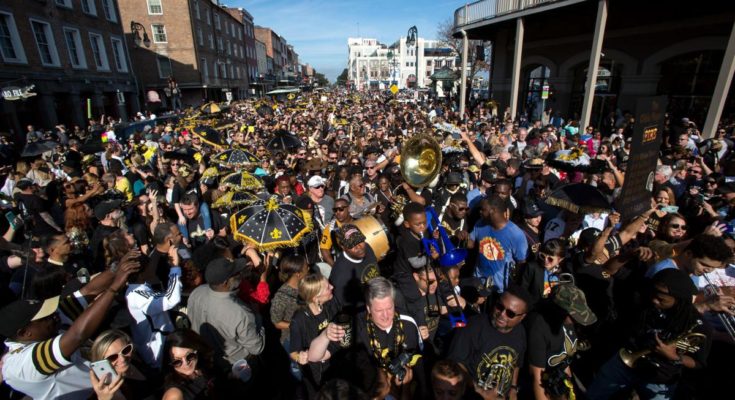 It was the lowest-scoring Super Bowl ever, a universally agreed-upon snoozefest. The halftime show was forgettable. The commercials were tame.

That was especially true in New Orleans, where a sense of righteous indignation from fans whose hometown Saints were the victims of poor refereeing contributed to the audience collapse. The Saints lost to the Rams in the N.F.C. championship game after a blown call helped the Rams send the game to overtime. The N.F.L.

Though New Orleans isn’t one of the country’s largest television markets, it is one of the most fervent for football, typically rating among the highest in the country for the proportion of households watching the Super Bowl. But Sunday’s game only earned a 26.1 overnight rating in New Orleans; last year’s Super Bowl earned a 53.0.  It was the lowest rating for New Orleans in Super Bowl history.

Instead of watching the game, thousands of Saints fans staged a French Quarter protest parade. LaToya Cantrell, the mayor of New Orleans, even showed up at the Boycott Bowl concert. A number of Saints fans have filed long-shot lawsuits against the N.F.L.

#Saints fans turn their anger into a reason to party ⚜️ #BestFans pic.twitter.com/iPu583mQVe

The local newspaper, The Times-Picayune, got in on the fun too. “Super Bowl? What Super Bowl?” asked the front page of Monday’s edition, which was otherwise blank. A former Saints running back, Pierre Thomas, certainly agreed, tweeting approvingly that the front page was “championship level petty.”

Fans in Kansas City, whose Chiefs lost to the Patriots in the A.F.C. championship game, were also turned off, though not nearly to the same extent. Super Bowl ratings in Kansas City were down 11 percent compared to last year. 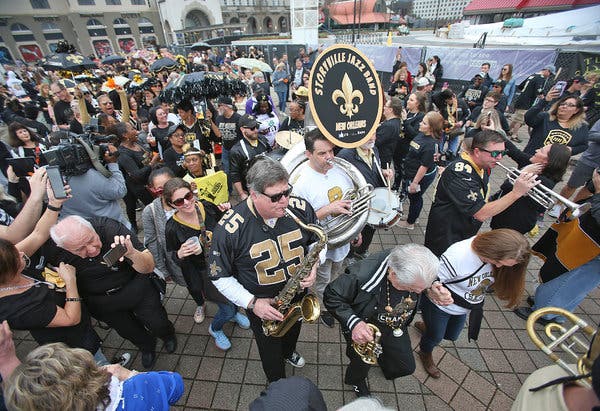 Instead of watching the game, plenty of people in New Orleans took to the streets to protest the officiating that likely cost their team a trip to the Super Bowl.CreditMichael Democker/The Times-Picayune, via Associated Press