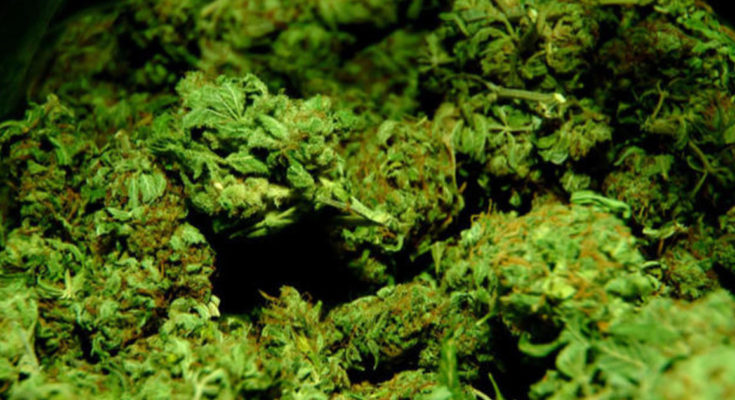 When the first NYC Cannabis Film Festival was held in 2015, organizers hoped to minimize the stigma surrounding marijuana use in the public’s perception. Now, with recreational pot already legal in 10 states, this year’s festival could be the last before New York becomes the latest state to lift its prohibition on the drug.

“I think this is just the beginning, and I think this is a very exciting time we’re in,” Michael Zaytsev, the founder and CEO of High N.Y., which organizes the annual festival, told CBSN on Saturday. He said the first event was well-received by the cannabis community but the negative stigma associated with marijuana meant some filmmakers were hesitant to attend.

“I think people were excited, but there were still filmmakers [who] were not coming out the way they are now, where I think they think it’s safer and they don’t mind having their name out there attached to this festival,” Zaytsev said.

In December, New York’s Democratic Gov. Andrew Cuomo outlined his legislative agenda for 2019, which included a push to legalize adult use of recreational marijuana. If recreational pot becomes legal in New York, it could mean a significant shift in cannabis culture, not just for the state, but for the country as a whole.

Zaytsev said he thinks it will still take at least a generation to move past the stigma.

“I think it will change, but I don’t think it’s going to happen overnight. I think there is still a ton of education that needs to happen,” Zaytsev said. “Part of the festival’s goal is to undo that and to normalize the cannabis lifestyle.”

He said he thinks the biggest misconception about marijuana is the idea it has no medical value.

“Some people do use it for altering their consciousness, but I think the greatest misconception is how harmful the plant is, when in reality it has so many beneficial uses that we are not making use of today as much as we could be,” he said.

The Drug Enforcement Administration (DEA) currently categorizes marijuana as a schedule I drug, defined as substances having “no currently accepted medical use and a high potential for abuse.” However, in 2018 the DEA for the first time categorized an anti-seizure medication containing cannabidiol, a chemical extracted from cannabis, as a schedule V drug, the least restrictive category under the Controlled Substances Act.

The films appearing at the NYC Cannabis Film Festival are intended to depict a non-stereotypical view of cannabis culture, with some tackling other topics altogether. The film “Bodega” explores how gentrification is changing the role of the ubiquitous corner delis in New York communities, and received an honorable mention for best documentary short at the IMDB Film Festival.

Zaytsev said he chose to show “Bodega” because it underscores the impact of commercialization, a major issue in the cannabis community.

“Just as we are seeing this paradigm shift in cannabis culture, and there are these questions of gentrification of the community and the industry and the commerce of cannabis,” Zaytsev told CBSN. “I think the bodega kind of mirrors that in a way that is interesting to see and I think a lot of the audience would be able to relate to.”

Zaytsev pointed to the work of those that came before him, regardless of whether marijuana becomes legal in New York state.

“People have been doing this work for decades. I am standing on the shoulder of giants, and it is a privilege that I am able to be a leader in this community and contribute to something that I care deeply about and that I believe impacts the lives of many New Yorkers,” he said.

The festival is being held Sunday in New York from noon to midnight. You can find more information High NY’s website. (By CBS)