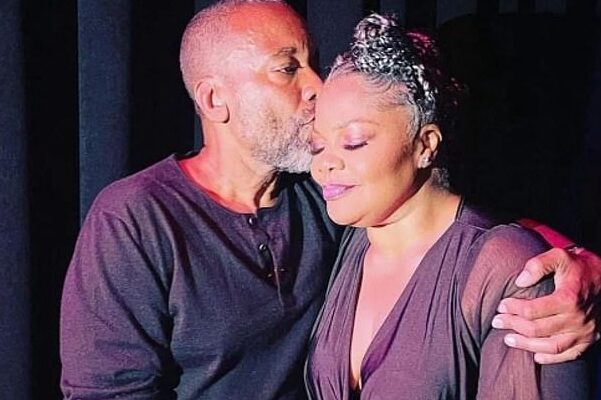 According to TMZ, Lee Daniels and Mo’Nique officially buried the hatchet Friday night at the Mo’Nique’s comedy show in Staten Island, where she brought out Daniels as a surprise guest … and even more surprising tender moment between them, where they put their problems to bed, at long last.

Somebody filmed a portion of their reconciliation on stage, and LD uttered moving words … “I am so sorry for hurting you in any way that I did,” which made Mo’Nique tear up.
Daniels went on to say that they were best friends before their very public falling out — and that them working on “Precious” together, for which Mo’Nique won an Oscar, was God working through them … while also saying they were going to do it again, before embracing.
BTW, he’s not kidding there — Mo’Nique was cast to replace Octavia Spencer in Daniels’ new Netflix film “Demon House” … so it would seem her problems with them are also resolved.
Both Lee and Mo’Nique also posted the same photo of them hugging and kissing backstage, with each of them saying that no caption was needed — and that it was all love now.
Unclear what exactly precipitated this come-to-Jesus moment, but all we can say is … thank goodness, because their fight has been one of the ugliest back and forths in Hollywood in a very long time — and it’s absolutely fantastic to see they’ve set their differences aside.
A refresher … this started in the aftermath of “Precious” winning big at the Oscars in 2010, with Mo’Nique claiming Lee, Oprah and Tyler Perry bad-mouthed her, allegedly saying she was difficult … this after she refused to do extra press for the flick without more compensation.
Previous PostU.S. Senate confirms Judge Ketanji Brown Jackson to Supreme Court Next PostBlack Therapists Fight to Be Seen on TikTok