Home Entertainment The Smithsonian Anthology of Hip-Hop and Rap

The Smithsonian Anthology of Hip-Hop and Rap explores hip-hop’s widespread cultural impact over the last 45 years — and chronicles the genesis, rise and evolution of hip-hop as a social and musical movement.

A first-of-its-kind collector’s item, the Anthology captures hip-hop’s evolution from its earliest days in the late 70s to today’s contemporary artists (1979-2013). It features 9 CDs with 129 tracks, and a 300-page, coffee-table book with 11 essays and never-before-seen photographs and designs by Cey Adams, artist and founding creative director of Def Jam. According to Vanity Fair, the track list ultimately ranges from hip-hop’s origins as house party music to the stars who continue to reign today, like Kanye West, Nicki Minaj, and Drake, featuring a handful of Billboard number ones as well as songs that didn’t even hit the Hot 100. It finally began to solidify when the committee realized that they weren’t just telling the story of one industry or group of people but instead were telling the story of how hip-hop turned aspects of Black American culture into mainstays of world culture.

“There was one pivotal moment when MC Lyte just asked the question, ‘Does the song help advance the story of hip-hop?’” Reece said. “The track may not stand up over critical analysis for decades, but if it was a pivotal moment and created dialogue or energy or something around it, it’s part of the overall story.”

he collection’s early discs take you on a somewhat idiosyncratic road trip around America, from the South Bronx to Brooklyn, eventually to L.A. and Oakland, then to Atlanta and Cleveland and more. It’s not until disc eight, 1997 to 2003, which features Missy Elliot’s “The Rain (Supa Dupa Fly),” Lauryn Hill’s “Doo Wop (That Thing),” 50 Cent’s “In Da Club,” Lil Jon’s “Get Low,” and so much more, where the power of this approach really starts to set in. These weren’t just the most popular songs in hip-hop at the time, these were the songs that topped the pop charts, while earning a degree of sustained critical acclaim. This is when hip-hop became a language that the world could understand, and all of these artists had been educated in and nurtured by the local and national scenes that were built over the previous decades. (Vanity Fair / The Smithsonian) 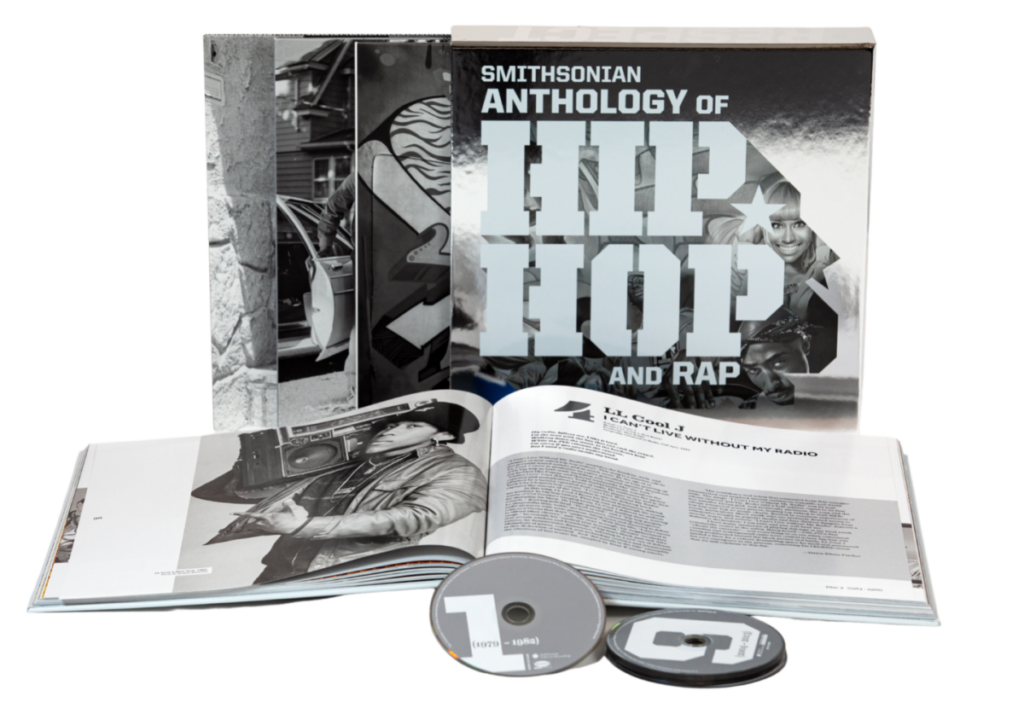