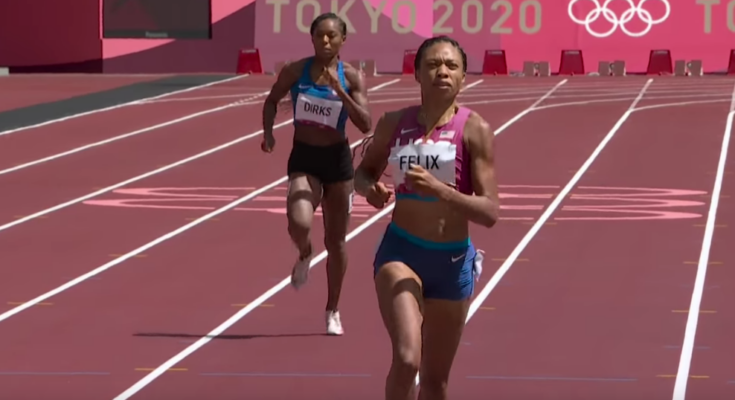 Allyson Felix finished third in the 400 meters Friday to win her 10th career medal and become the most-decorated woman in the history of Olympic track.

The 35-year-old Felix, a stalwart of American track and field, started in the outside lane and outraced Stephenie Ann McPherson of Jamaica to take third place by 0.15 seconds. 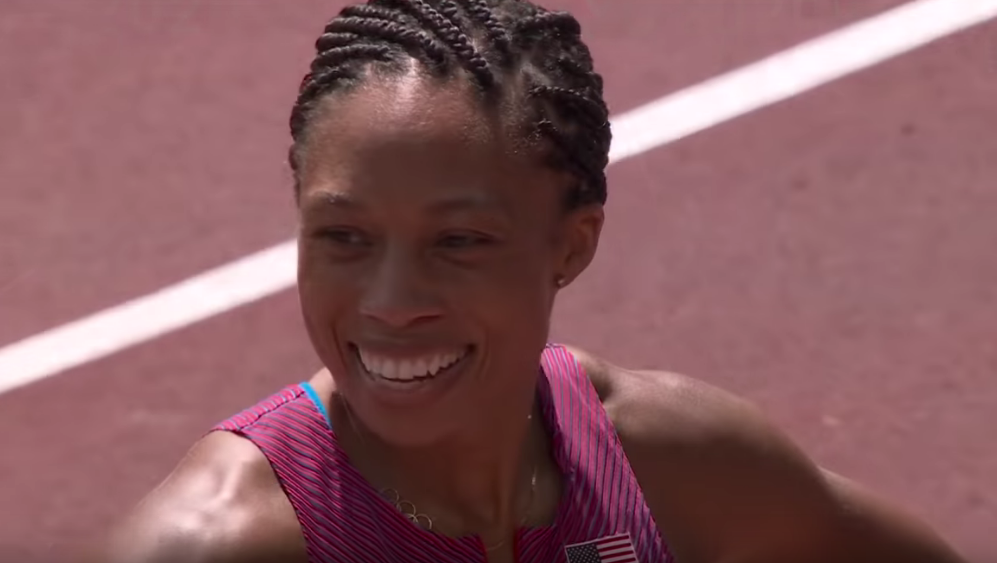 Shaunae Miller-Uibo blew away the field, winning in 48.36 seconds to defend her Olympic title from Rio de Janeiro. It was a far less dramatic finish than in 2016, when Miller-Uibo dived at the finish line to edge out Felix for the gold.

Felix’s 10th Olympic medal broke a tie with Jamaican runner Merlene Ottey and matches Carl Lewis, who also won 10 medals and was alone as the most-decorated U.S. athlete in track.

Felix could pass Lewis on Saturday if the U.S. puts her in the 4×400 relay final. Lewis praised Felix in a tweet after her bronze-winning run.

Congratulations @allysonfelix. 35 never looked so good. What an amazing career and inspiration. Now on to the relay.

The victory for Felix comes nearly three years after she helped spearhead a conversation about the way women are treated in track and sports in general. She severed ties with Nike, which wrote in pay reductions to women’s contracts if they became pregnant. Felix had a daughter in 2018.

This is the first bronze medal of an Olympic career that spans back to the 2004 Athens Games. Earlier, she had won six gold and three silver.

While third place might have been a letdown in the past for Felix — famous are the snapshots of her crying in the recesses of the stadium after some hard-luck losses in Athens and Beijing — this one was nothing but sweet.

Felix has spoken candidly about the struggle to come back from a difficult pregnancy that led to an emergency C-section and put the lives of both her and her baby in jeopardy.

She has spoken of the pressure she felt to return quickly, even when her body wasn’t responding the way it once did.

She also overcame one of her biggest hurdles, leaving her well-cultivated private image behind to become a spokesperson for something much bigger.

This week, she gave voice to the topic that’s been filtering through the Tokyo Olympics — the pressure to win.

“When I line up for a race, I’m normally afraid,” Felix said in a heartfelt essay on Instagram, posted hours before the race. “I’m not afraid of losing. I lose much more than I win. That’s life and I think that’s how it’s supposed to be.”

After a semifinal heat in which she had to run full-out to make it to the medal race, she conceded that getting this far was quite an accomplishment. She is not as young as she used to be, she quipped. Unspoken was the thought that she might walk away without a medal in her final individual Olympic race.

Her result in the semifinals relegated her to Lane 9, the far outside — a spot where you cannot see any of the runners until reaching the homestretch. Felix resisted the urge to go out too quickly, and when she rounded the last bend, she was in a battle for third with McPherson.

Felix won it, then collapsed on the ground, smiling wide this time for third place, a result that put her alone in the record books. (ESPN/AP contributed to article)