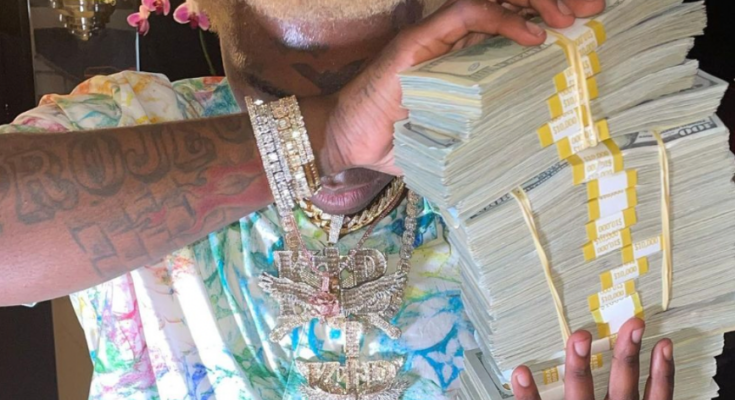 Social Media Reacts to Kodak Black Throwing $100,000.00 Into the Ocean and Toilet

darudemagJul 01, 2021Entertainment, MoneyComments Off on Social Media Reacts to Kodak Black Throwing $100,000.00 Into the Ocean and Toilet

If carelessly discarding money into the ocean made you a  fool, Kodak Black would be considered one of the biggest.

On July 30, 2021, Kodak took to Instagram to share a video of himself throwing in earnings of $100,000 in  $100 bills down the toilet after airing out issues with Jackboy and the rest of his Sniper Gang label. Kodak began spraying bills onto the water before shoving his hands into the toilet to push them down when they got clogged.

The video showed the controversial rapper stupidly throwing a handful of what appeared to be $100 bills into the Ocean water.

Now, Kodak Black has sparked outrage and criticism across social media for throwing money into the ocean while onboard a boat.

Kodak recently spoke out during an Instagram live session, saying that he blames himself for spoiling artists like Jackboy and assisting them to shape their careers, when they supposedly had egotistical hidden plans and didn’t express gratitude to him afterward.

Jackboy reacted to Kodak’s comments in his own Instagram live about how he is still his “brother” and that he didn’t owe anybody a clarification about their relationship.