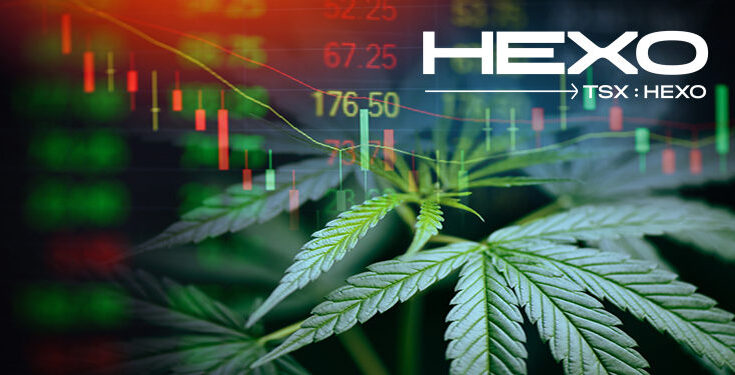 According to Motley Fool, HEXO (NYSE:HEXO) is the third-largest Canadian pot producer, behind only Canopy Growth and Tilray. The company has seen quite impressive sales growth for its size over the past year. In its fiscal second quarter of 2021 (ended Jan. 31), HEXO’s net revenuw improved by 94% year over year to CA$32.8 million ($27.19 million).

It is now the top producer of cannabis-infused beverages in the country and the No. 1 pot grower in Canada’s second-most populous province, Quebec. Here’s why HEXO stock is an ideal choice for marijuana investors looking for their next strong buy.

HEXO seems to have unlocked the key to achieving spectacular cannabis sales — high-concentration THC strains. Indeed, the company’s strains with 20% to 27% THC have been well received by customers. HEXO’s cannabis sales account for a whopping 27% of all sales volume in Quebec.

The pot grower has also scored well with its customers in the cannabis-infused beverage sector. Its selection of high-potency 10-milligram THC drinks are fast-acting, and provide the high that standard CBD beverages can’t. HEXO’s market share in this segment amounts to 41% to 59% across all provinces.

During Q2 2021, HEXO sold 11,419 kilograms of dried cannabis compared with just 6,579 kilograms the prior year. Additionally, the company is becoming far better at predicting supply demand dynamics. It harvested only 6,000 kilograms more cannabis than it sold in the quarter, compared with 16,000 kilograms in Q2 2020. Its gross margin also expanded 6 percentage points to 40% in the same period.

In Q4 2021, HEXO will complete its CA$235 million acquisition of Zenabis Global. Zenabis is a Canadian pot grower that also has a significant presence in producing high-grade THC strains. In May 2021, the European Union cleared the company for the export of its medical cannabis.

Zenabis sold 27.4% more kilograms of cannabis (4,753 kilograms total) in the first quarter of 2021 than the prior-year period. However, its revenue was essentially unchanged at CA$12.4 million. This was largely due to temporary provincial lockdowns to curb the coronavirus that hurt supply chains. By the time the two companies merge, HEXO and Zenabis will have at least CA$150 million in revenue. What’s more, the companies expect to generate at least CA$20 million in cost synergies over the first 12 months after the transaction completes.

Why HEXO is a strong buy

By the end of the year, HEXO will possess the capacity to produce up to 110,000 kilograms of dried cannabis annually. It has enormous potential to use its facilities to scale the production of prime THC products. Dried flowers aside, it can also leverage the same model for drinks.

Despite all the growth HEXO brings in, its stock is only trading for 6.6 times forward revenue. That’s below the other Canadian giants, Tilray and Canopy Growth, which trade for 7.7 and 13.4 time future sales, respectively. Due to its solid growth strategy, acquisition synergies, and bargain valuation, HEXO might just be the top Canadian pot stock to buy now.

Cannabis legalization is sweeping over North America – 16 states plus Washington, D.C., have all legalized recreational marijuana over the last few years, and full legalization came to Canada in October 2018.

Because a game-changing deal just went down between the Ontario government and this powerhouse company…and you need to hear this story today if you have even considered investing in pot stocks.

Previous PostA$AP Rocky Confirms His Relationship With Rihanna Next PostWhat Is Cryptocurrency and Cryptography?