Jordan Brand designers looked to create “a silhouette that both enabled his immense physical tools on the court while also illustrating personal traits that make him look like a one-of-a-kind superstar,” Nike said in a news release. The result: A “Z” pattern along the side of the shoe that emphasizes his first name.

“We knew that one of Zion’s main inspirations for the look of the shoe was superhero armor,” Vianney de Montgolfier, Jordan Sport senior footwear designer, said in a news release. “But when we thought about an icon or symbol that could clearly draw out the shoe’s benefits, the ‘Z’ made perfect sense to us. It’s the letter for speed, it has the base for power, and it’s maybe the most distinguishable letter in the alphabet. There’s nothing else like it.”

The shoe features a flexible tongue with targeted padding and stitching patterns designed to “ease lace pressure and to provide a snug fit,” Nike said. A black-and-white “Gen Zion” colorway will be released on April 23 (it will be released in limited quantities on Tuesday in New Orleans).

Three other versions — the “ZNA,” “Noah” and “Marion” — will release May 5, 19 and 26, respectively. The “Noah” version, named after Williamson’s younger brother, features drawings and doodles inspired by his visits to Nike’s world headquarters. The “Marion” colorway represents Williamson’s home in South Carolina.

Williamson, 20, made his first All-Star Game this season and is averaging 26.8 points and 7.2 rebounds per game.

How does Zion’s shoe rank with other players’ first shoes?

Khalid Salaam, managing editor, Culture: If we’re thinking about the Zion 1 in the context of overall first signatures, then it doesn’t hold up well at all. The Nike Air Zoom Generation LeBron 1, the Nike Zoom Kobe 1 and the Kyrie 1 were all much more impactful designs. It would just be an unfair comparison to iconic releases such as Allen Iverson’s first Reebok shoe and Penny Hardaway’s debut. Same way, obviously, for MJ’s debut.

But if we’re talking about shoes under the Jordan Brand umbrella, then Zion’s debut is a better look than Chris Paul’s Jordan CP3.1 but not quite on the standard of the Jordan Melo 1.5. None of these releases are particularly noteworthy, suffering from the same clunky designs that have defined a good majority of the Jordan Brand line.

Impressions of the design

Salaam: As far as the design itself, I mean, I hate that giant Z running across the side. It looks uninspired. It’s an aesthetic decision that just screams “design shoulder shrug” and it’s pretty hard to ignore something that blatant. The colorways aren’t bad, especially the navy/light gray one. You could see hardcore Zion fans rocking these, maybe 11-year olds at a youth hoops camp or something. More than anything, they look like performance kicks, which is fine of course. But to really transcend and penetrate the style demographic I’m sure Jordan Brand wants to reach, they’re going to have to do a lot better in the second iteration. 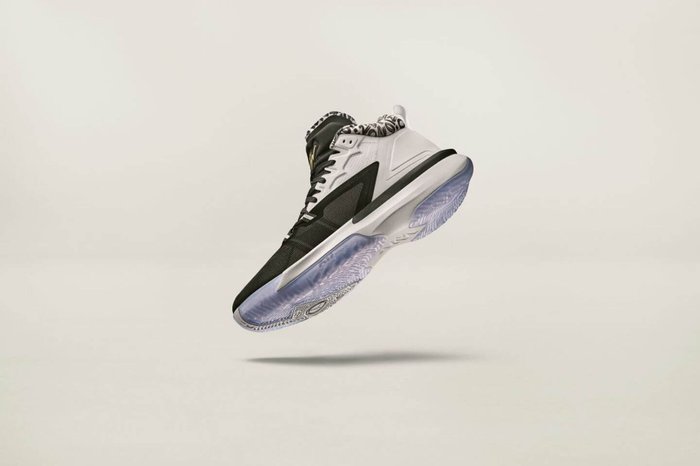 How much do players benefit from shoe sales?

Bill Shea, sports business senior writer: Nike reportedly gave Williamson a five-year, $75 million deal in 2019 to join the footwear giant’s portfolio of athletes. If his signature shoe line proves successful, it bolsters his brand and likely opens additional business and other opportunities for an already popular player. Many athletes dream of getting a signature shoe, and not every such shoe has to rival Jordan brand sales or popularity to be successful. If the Zion 1 is a sales and pop culture disaster, it doesn’t help either Williamson or Nike, but neither is in jeopardy of financial or reputational ruin. An athlete’s success and popularity are ultimately driven by performance and winning, and signature shoes exist in orbit around that. (photo courtesy of Jordan Brand)