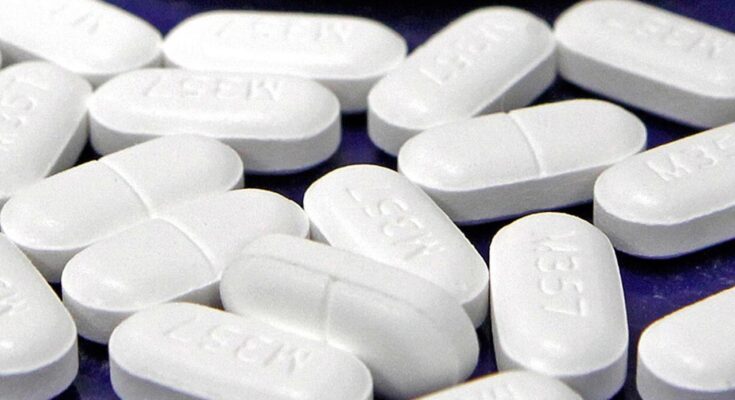 The Makers of OxyContin Pleads Guilty to Felony Charges!

According to CNN, Purdue Pharma, the maker of OxyContin, has agreed to plead guilty to three federal criminal charges for its role in creating the nation’s opioid crisis and will pay more than $8 billion and close down the company.

The money will go to opioid treatment and abatement programs. The privately held company has agreed to pay a $3.5 billion fine as well as forfeit an additional $2 billion in past profits, in addition to the $2.8 billion it agreed to pay in civil liability.
“Purdue Pharma actively thwarted the United States’ efforts to ensure compliance and prevent diversion,” said Drug Enforcement Administration Assistant Administrator Tim McDermott. “The devastating ripple effect of Purdue’s actions left lives lost and others addicted.”
The company doesn’t have $8 billion in cash available to pay the fines. So Purdue will be dissolved as part of the settlement, and its assets will be used to create a new “public benefit company” controlled by a trust or similar entity designed for the benefit of the American public. The Justice Department said it will function entirely in the public interest rather than to maximize profits. Its future earnings will go to paying the fines and penalties, which in turn will be used to combat the opioid crisis.
That new company will continue to produce painkillers such as OxyContin, as well as drugs to deal with opioid overdose. Deputy Attorney General Jeffrey Rosen, who announced the settlement, defended the plans for the new company to continue to sell that drug, saying there are legitimate uses for painkillers such as OxyContin.
The plan is for the company to make life-saving overdose rescue drugs and medically assisted treatment medications available at steep discounts to communities dealing with the opioid crisis.
The Justice Department also reached a separate $225 million civil settlement with the former owners of Purdue Pharma, the Sackler family. Still, the Sackler family — as well as other current and former employees and owners of the the company — face the possibility that federal criminal charges will be filed against them.
“Purdue deeply regrets and accepts responsibility for the misconduct detailed by the Department of Justice,” said Purdue Chairman Steve Miller, who joined Purdue’s board in July 2018. “Purdue today is a very different company. We have made significant changes to our leadership, operations, governance, and oversight.”
Previous PostTrump and Biden clash on racism at presidential debate Next PostDisneyland pass that cost Walt Disney Co. its biggest TV hit-maker, Shonda Rhimes.