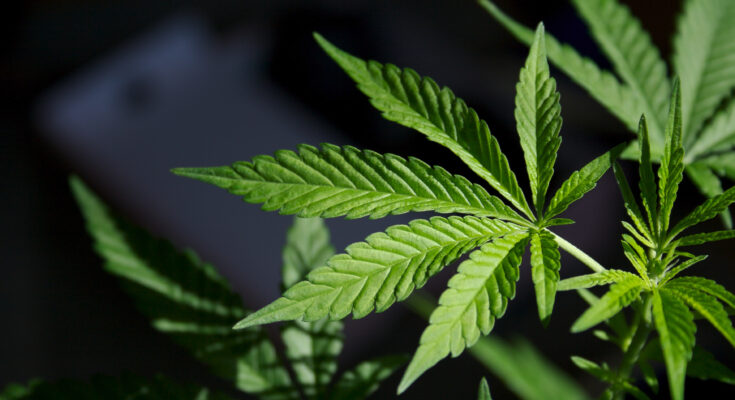 Marijuana use could hurt the heart and blood vessels, according to a report that found no cardiovascular benefits to cannabis use and called for more research of the drug that is growing in popularity.

Cannabis studies have been limited because it is listed as a Schedule 1 controlled substance, defined by the U.S. Controlled Substances Act as having no accepted medical use and a high potential for abuse. A new scientific statement from the American Heart Association, published Wednesday in its journal Circulation, suggests the federal Drug Enforcement Agency remove cannabis from the Schedule I category so it can be widely studied by scientists.

Its use has risen over the past decade, especially among people 18-25. In all, 47 U.S. states, the District of Columbia, and 4 of 5 U.S. territories allow some form of cannabis use. Although many states have legalized medical and/or recreational use, cannabis growing, sales and use are illegal at the federal level, further complicating scientific research.

“We urgently need carefully designed, prospective short- and long-term studies regarding cannabis use and cardiovascular safety as it becomes increasingly available and more widely used,” Robert L. Page II, chair of the writing group for the statement, said in a news release. “The public needs fact-based, valid scientific information about cannabis’s effect on the heart and blood vessels. Research funding at federal and state levels must be increased to match the expansion of cannabis use – to clarify the potential therapeutic properties and to help us better understand the cardiovascular and public health implications of frequent cannabis use.”

Observational studies have linked the chemicals in marijuana to an increased risk of heart attacks, heart failure and a heart rhythm disorder called atrial fibrillation, according to the report.

A recent study cited in the statement suggests 6% of heart attack patients under age 50 use cannabis. Other research found users ages 18-44 had a significantly higher risk of having a stroke compared to nonusers.

“Unfortunately, most of the available data are short-term, observational and retrospective studies, which identify trends but do not prove cause and effect,” said Page, who also is professor in the department of clinical pharmacy and the department of physical medicine/rehabilitation at the University of Colorado in Aurora.

“Health care professionals need a greater understanding of the health implications of cannabis, which has the potential to interfere with prescribed medications and/or trigger cardiovascular conditions or events, such as heart attacks and strokes,” he said.

Although cannabis may be helpful for conditions such as muscle stiffness associated with multiple sclerosis, the new statement said cannabis does not appear to have any well-documented benefits for the prevention or treatment of cardiovascular diseases.

Some studies suggest cannabis – which contains the “high”-inducing THC (tetrahydrocannabinolic acid) and CBD (cannabidiol) – may be safe and effective for older populations. Though they are the least likely to use cannabis, older adults have used it to reduce neuropathic pain, common among people with Type 2 diabetes.

Researchers also have reported benefits for people with age-related diseases, including Parkinson’s and Alzheimer’s, but there is a dearth of research on the long-term effects of cannabis use among this population. One concern is the potential of interactions with other medications, including blood thinners, antidepressants, antipsychotics, antiarrhythmics for heart rhythm abnormalities, and statin drugs, which reduce cholesterol levels.

Some research has found that within an hour of smoking cannabis, THC may induce heart rhythm abnormalities. THC also appears to stimulate the sympathetic nervous system, which is responsible for the “fight or flight” response, resulting in a higher heart rate, a greater demand for oxygen by the heart, higher blood pressure while lying down and dysfunction within the walls of the arteries.

In contrast, studies on CBD, which does not produce intoxication, have found associations with reduced heart rate, lower blood pressure, increased ability of the arteries to open and potentially reduced inflammation. Inflammation is linked to atherosclerosis, the slow narrowing of the arteries.

The way cannabis is consumed may influence how it affects the heart and blood vessels.

“Many consumers and health care professionals don’t realize that cannabis smoke contains components similar to tobacco smoke,” Page said. Smoking and inhaling cannabis, regardless of THC content, has been shown to increase the concentrations of carbon monoxide fivefold, and a threefold increase in tar, similar to the effects of inhaling a tobacco cigarette.

Marijuana use, and its potential health risks, should be discussed in detail with a health care professional, the report said.

“If people choose to use cannabis for its medicinal or recreational effects, the oral and topical forms, for which doses can be measured, may reduce some of the potential harms. It is also vitally important that people only use legal cannabis products because there are no controls on the quality or the contents of cannabis products sold on the street,” Page said.

In addition to the poisonous compounds in cannabis smoke, vaping cannabis may result in serious health outcomes, especially when mixed with vitamin E acetate oils, which are linked to EVALI (e-cigarette or vaping product use-associated lung injury), the potentially fatal illness that emerged among e-cigarette users last year.

The AHA recommends people not smoke or vape any substance, including cannabis products, because of the potential harm to the heart, lungs and blood vessels.

Cannabis that is legal for medical purposes should align with patient safety and efficacy, according to the statement, which calls on the federal government to create and require standardized labeling about THC and CBD amounts on all legalized products.

The statement advocates folding cannabis into comprehensive tobacco control and prevention efforts, including age restrictions for purchasing; excise taxes; comprehensive smoke-free air laws; coverage of cessation treatment programs by insurers, Medicare and Medicaid; and medical screening, such as when a patient is admitted to the hospital and routinely screened to avoid medication interactions. These efforts should be adequately funded, and at least some portion of the revenue from cannabis taxation should be directed toward programs and services that improve public health.

HEALTH CARE DISCLAIMER: This site and its services do not constitute the practice of medical advice, diagnosis or treatment. Always talk to your health care provider for diagnosis and treatment, including your specific medical needs. If you have or suspect that you have a medical problem or condition, please contact a qualified health care professional immediately. If you are in the United States and experiencing a medical emergency, call 911 or call for emergency medical help immediately.