Home Cannabis Are Aurora Cannabis and Canopy Growth Close to Turning a Profit? 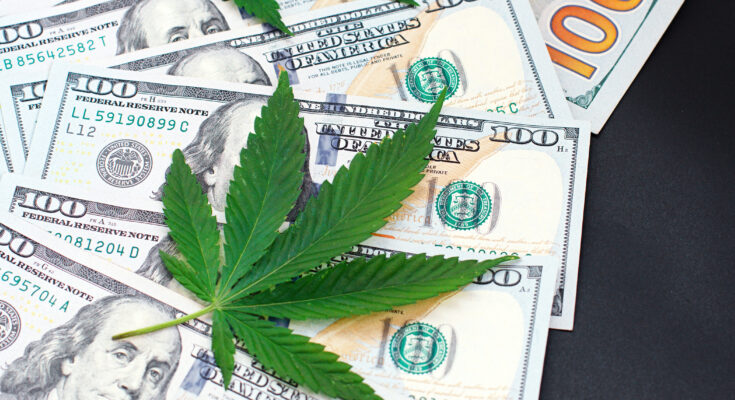 Are Aurora Cannabis and Canopy Growth Close to Turning a Profit?

Aurora Cannabis (NYSE:ACB) and Canopy Growth (NYSE:CGC) have some bragging rights. They’re two of the biggest Canadian cannabis producers. Both companies target popular recreational marijuana markets in their home country of Canada. Both are major players in the important German medical cannabis market.

But there’s one glaring thing that neither Aurora nor Canopy can boast about — achieving consistent profitability. It’s a goal to which both cannabis companies aspire. So how close are Aurora and Canopy to turning a profit?

Where they are now

Let’s first examine how far each of these companies is from generating consistent profits. Right now, it’s not a pretty picture.

For the quarter ending March 31, 2020, Aurora Cannabis posted a net loss of 137.4 million in Canadian dollars. That loss would have been even worse were it not for a positive impact from income tax recoveries.

Canopy Growth’s bottom line didn’t look much better in its results for its fiscal year 2021 first quarter, which ended on June 30, 2020. The company reported a net loss of CA$128.3 million, although this result was better than expected.

Those spending cuts are critical for Aurora and Canopy to achieve profitability. But will they be enough?

Aurora Cannabis Chief Financial Officer Glen Ibbott hinted in the company’s Q3 conference call that more spending reductions would be on the way. The company indeed brought the hammer down in June, announcing immediate cuts of 25% in its sales, general, and administrative staff. Aurora also said it would cut production staff by around 30% over the next two quarters.

Ibbott said that Aurora remained on track to generate positive adjusted earnings before interest, taxes, depreciation, and amortization (EBITDA) in the first quarter of fiscal 2021, which ends on Sept. 30, 2020. This is notable. When Aurora’s executives talk about profitability, they’re usually referring to delivering positive adjusted EBITDA rather than positive net income.

It’s a similar story for Canopy. The cannabis producer has reduced staffing by 18% since December 2019. This includes significant cuts to Canopy’s global operations. Like Aurora, though, Canopy needs growth in Canada — especially with the “Cannabis 2.0” derivatives market — along with international growth to have a shot at profitability.

My view is that Aurora will probably hit its goal of generating positive adjusted EBITDA in Q1 of fiscal 2021. The restructuring of its debt covenants earlier this year requires the milestone to be met. I expect that interim CEO Michael Singer will do whatever it takes to avoid violating the terms of the covenant.

Canopy Growth CEO David Klein was brought on board to get the company on a clear path to profitability. The company’s strong cash position gives him more leeway than Singer has at Aurora, but there still might be more staffing cuts in the coming months.

My best guess is that Canopy won’t turn a profit until sometime in 2022 at the earliest. Aurora’s more urgent (and more drastic) cost-cutting could enable it to become truly profitable on the bottom line somewhat sooner.

However, these are only estimates. There are way too many variables for the cannabis industry, which could make the path to profitability a slippery one for both companies.

Because a game-changing deal just went down between the Ontario government and this powerhouse company…and you need to hear this story today if you have even considered investing in pot stocks. (The Motley Fool) Click here to get the full story now.