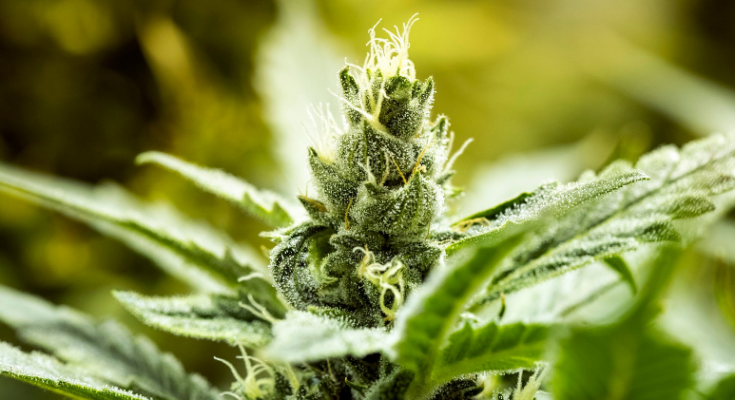 House-passed legislation to allow physicians to recommend medical cannabis to patients for any debilitating condition that they deem fit was approved by the Senate Health and Welfare Committee in a 5-1 vote. Under current law there are only 14 conditions that qualify patients for marijuana. The bill now heads to the full Senate.

Another bill introduced by Rep. Edmond Jordan (D) to protect banks and credit unions that service cannabis businesses from being penalized by state regulators also advanced on Wednesday, clearing the full House of Representatives in a 74-20 vote.

The financial services legislation will next be considered by a Senate committee before potentially going to that body’s floor.

(However, even if the bill is enacted and provides state protections, banks still face penalties from federal regulators under ongoing national prohibition. The U.S. House has passed federal marijuana banking legislation on two occasions but it has thus far languished in the Senate.)

Over in the Louisiana House Labor and Industrial Relations Committee, members unanimously approved a resolution to establish “a task force to study and make recommendations relative to the cannabis industry projected workforce demands.”

Text of the legislation states that “there is a need to study the workforce demands and the skills necessary to supply the cannabis industry with a capable and compete workforce, including physicians, nurse practitioners, nurses, and other healthcare practitioners”

An 11-member task force would be required to “report its findings and recommendations, including any suggestions for proposed legislation, to the legislature no later than February 1, 2021, at which time the task force shall cease to exist.”

The Senate Health and Welfare Committee was also set to take up another another House-passed bill on Wednesday to let licensed dispensaries deliver cannabis to the homes of patients, but the sponsor, Rep. Larry Bagley (R), withdrew it.

He told Marijuana Moment that the reasoning was it’s his understanding that because his separate medical cannabis expansion bill is advancing, it would mean marijuana could be delivered just like any other prescription medication. It’s not clear if regulators will agree with that interpretation, as doctors are still prohibited from “prescribing” cannabis and marijuana products are not dispensed through traditional pharmacies.

That said, Louisiana’s Department of Pharmacy recently released a memo temporarily authorizing dispensaries to temporarily deliver cannabis to patients during the COVID-19 pandemic, so it’s possible officials will be amendable to extending that policy on a permanent basis.

Bagley’s delivery bill would require a government regulatory body to develop “procedures and regulations relative to delivery of dispensed marijuana to patients by designated employees or agents of the pharmacy.”

Finally, another marijuana resolution that was scheduled for debate in the House Agriculture, Forestry, Aquaculture, and Rural Development Committee was also deferred by its sponsor. The measure would have requested a study the impact of adult-use cannabis legalization in the state.

Under the legislation, members of the panel or a subcommittee would be tasked with meeting “as a joint committee to study the impact of legalizing the possession and use of cannabis on the citizens of this state and to report its findings to the legislature prior to the convening of the 2021 Regular Session of the Legislature of Louisiana,” the text states.

Lawmakers have until the end of the legislative session on June 1 to get any of these measures to the desk of Gov. John Bel Edwards (D). (Originally Published by Weed | Courtesy of Kyle Jaeger)