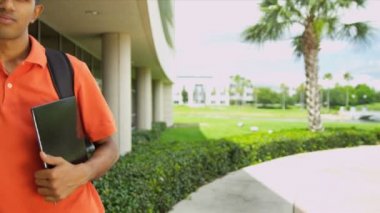 Trans students are four times more likely than peers to report mental health issues such as depression and suicide, according to a new study that calls for more campus supports.

Gender-nonconforming and transgender students are four times more likely to report mental health issues compared to the rest of their peers, according to a new study that is the largest so far to focus on this population of college students.

Researchers relied on data from the Healthy Minds Study, an annual online report on student mental health from college campuses across the country. The new study examined responses of more than 65,200 students from 71 American institutions who were enrolled in college between 2015 and 2017.

Roughly 1,200 respondents said they had an alternate gender identity, meaning they do not identify with the gender that matches their birth sex. The researchers grouped these students — about 2 percent of the study’s sample, which included transgender students, gender-queer students and gender-nonconforming students and others — into a category called “gender-minority students.”

Almost 80 percent of these gender-minority students reported having at least one mental health issue compared to 45 percent of their cisgender peers — students whose gender aligns with their assigned birth sex.

The study was published Friday in the American Journal of Preventive Medicine. Its lead author, Sarah Ketchen Lipson, an assistant professor of health law, policy and management at Boston University, said while mental health professionals and LGBTQ advocates are aware that gender-minority students are much more likely to grapple with mental health issues, the general public is not.

Lipson said that she hopes the scale of the study causes college administrators to pay attention to these vast mental health disparities.

“The direction of the findings is not surprising,” said Lipson, “but the fact that there are these disparities, and magnitude of that disparity, as a researcher, it makes you take a step back and run the numbers over and over.”

More than half of gender-minority students — 58 percent — screened positive for depression, according to the study. And 53 percent of them reported having intentionally injured themselves in a way that was not suicidal.

Less than 30 percent of cisgender students screened positive for depression, and 20 percent reported a nonsuicidal self-injury.

College officials need to require training for professors and staff members around gender minorities, similar to how many institutions teach their faculty members about sexual harassment, said Genny Beemyn, director of the Stonewall Center at the University of Massachusetts Amherst and coordinator of the LGBTQ advocacy group Campus Pride’s Trans Policy Clearinghouse.

“Every college needs to have trans-experienced therapists, if not at least one trans-identified therapist, and should have at least one support group specifically for trans students,” Beemyn said.

Lipson said administrators need to enact campus policies that would benefit gender-minority students and improve their mental state. For a particularly beneficial example, she pointed to shifts in name-change rules, in which students are allowed to alter their name in college records without doing so legally.

When professors call gender-minority students by their preferred name, it can help them feel like they belong, Beemyn said. Allowing those students to use the bathroom that matches their gender identity also makes them feel safe and comfortable. Research published last year shows that gender-neutral bathrooms are among the accommodations gender-nonconforming students want most at their institutions. And a 2016 survey found that being denied gender-appropriate bathrooms and housing could lead to suicidal thoughts and attempts among gender-minority students.

“Is it any wonder that trans students have mental health issues when they are typically denied the ability to be seen as how they see themselves on a daily basis?” Beemyn said. “This means making sure that students are able to use the name they go by and are treated as their gender throughout the institution. Students need to be able to indicate their gender and have this gender be used for housing assignments and sports teams. They need to be able to indicate their pronouns in administrative systems and have these pronouns respected.”

Lipson called for further research on “campus and social environments that are supporting gender-minority students and allowing them to thrive.”

“There’s many stakeholders who will look at these data and be filled with a sense of urgency,” Lipson said. “But we know how change in higher education works oftentimes — it’s following and constantly looking around at what others are doing. And we need campuses that will champion this work and be proactively inclusive.” (Read more by Jeremy Bauer-Wolf)