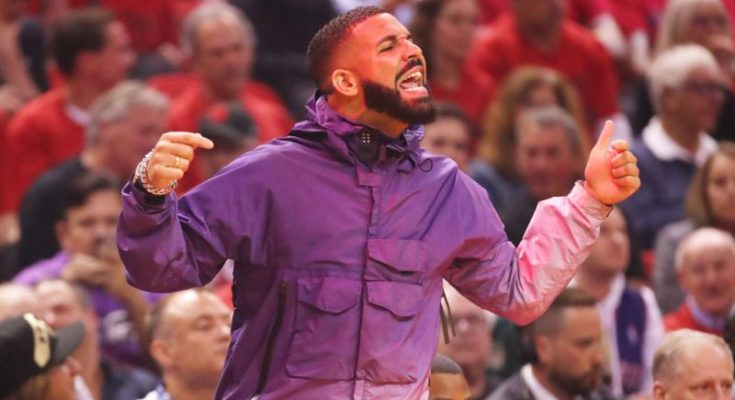 lWhile he wasn’t operating at his peak during Game 3 of the Eastern Conference Finals at Scotiabank Arena on Sunday night, ‘playoff-mode’ Drake was definitely on display up and down the sideline throughout the contest.

Did the Toronto rapper and producer trot around like an airplane at any point? No.

Although he didn’t get the Joel Embiid treatment, Milwaukee’s Giannis Antetokounmpo did receive quite the earful from the Raptors’ global ambassador throughout Toronto’s 118-112 double-overtime victory.

This particular moment came shortly after the 24-year-old airballed a free throw in the fourth quarter.

People’s opinions of Drake’s tactics (antics?) — even amongst Toronto fans — are quite mixed. However, there’s no denying that his enthusiasm, passion and energy are infectious. Furthermore, there has to be an appreciation for his attempt to have an impact on what’s happening on the floor.

There’s a select group of people on this planet with the means to sit where he does on a consistent basis and it’s an opportunity that he takes advantage of as a fan of the team.

His jawing of the ‘Greek Freak’ and the lack of response it received was fun to watch, but Drake’s reaction to Antetokounmpo picking up his sixth foul of the game with 4:24 remaining in the second overtime was what produced his highlight of the night.

It should be noted that the MVP candidate had 12 points and a jaw-dropping 23 rebounds by the time he exited.

As the final seconds of the game ticked away, Drake pulled out his waving hand one more time as Milwaukee left the floor.

Love him or hate him, there’s no doubt that Drake’s doing all that he can to help the Raptors get back into this series.