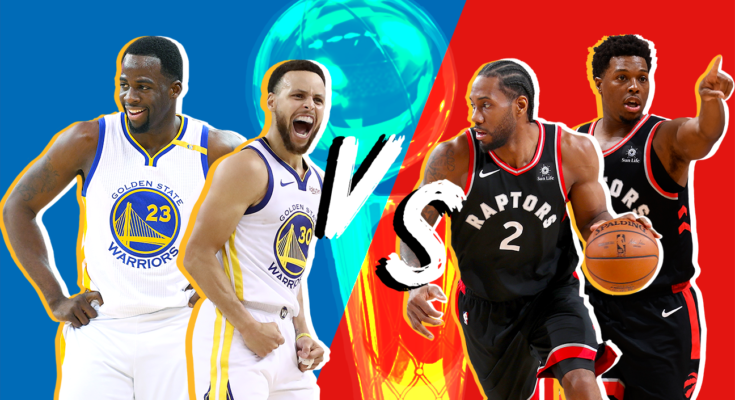 After an entire season of action, the 2019 NBA Finals matchup is finally set, as the two-time defending champion Golden State Warriors will take on the Toronto Raptors, who are making their first Finals appearance in franchise history.

The two teams played twice during the regular season — once in Toronto and once in Oakland — and the Raptors won both times, though both games were before the calendar flipped over to 2019. As one of the most talented teams in league history with ample Finals experience, the Warriors enter the matchup as heavy favorites.

Here’s everything you need to know about the 2019 NBA Finals between the Warriors and Raptors.

No. 1 Golden State Warriors vs. No. 2 Toronto Raptors

How to watch Game 1

All games during the Finals will air on ABC.

Check Sportsline’s NBA pick sheet for all your daily odds.

Warriors: Golden State enters the series with the chance to make major NBA history by becoming one of the few teams to complete a three-peat. The future is uncertain for the Warriors, but they seem determined to maximize the present. Their biggest concern heading into the series is the health of Kevin Durant, as it is not yet known if he will be able to play in the Finals — at least the start — but at the end of the day, they could very well still take care of business without him.

Raptors: Just making the Finals can be viewed as a victory for the Raptors, who have never made it there before in franchise history. It can also be viewed as a victory in terms of the team’s efforts to keep Kawhi Leonard around long-term. The team couldn’t have made a much better pitch in terms of on-court product, even if Leonard did have to do a lot of the heavy lifting himself. Like the Warriors, the Raptors also face an uncertain future, but this season couldn’t have gone much better.

Warriors in six: The Warriors are four wins away from their third consecutive NBA title, and though the Raptors represent some stiff competition, ultimately Golden State will walk away with the hardware. The Warriors have both the talent and the experience to overcome virtually any opponent in a playoff situation, and heading into the Finals they appear to be clicking on all cylinders, despite the injury issues that they have dealt with throughout the postseason. Steph Curry looks as good — and confident — as he has in recent memory, and the same could be said for Draymond Green. Also, Klay Thompson seems to be playing with a chip on his shoulder, and being snubbed from the All-NBA teams should only add to that.

The Raptors might be able to take a pair of games from the Warriors in the series, due to the fact that Kevin Durant will miss at least one game, and that Kawhi Leonard has been playing arguably the best basketball of anyone in the playoffs. Ultimately, though, Golden State’s combination of talent and experience will prove too tough for Toronto to overcome. (Courtesy of Michael Kaskey-Blomain | cbssports.com)