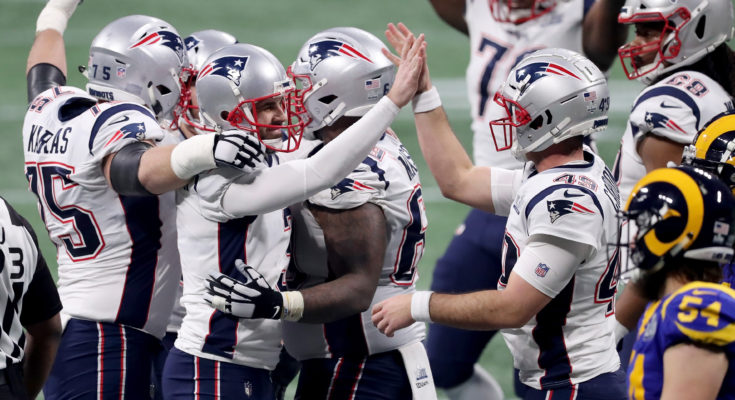 No one knows what would have happened had the Saints actually played in the Super Bowl, but it is a virtual certainty that they would have scored more than three points.

Nonetheless, the Los Angeles Rams became the first team since the 1971 Miami Dolphins not to score a touchdown in a Super Bowl game, losing to the New England Patriots.

But we would not get to see that matchup between Drew Brees and Tom Brady, thanks to the costly indifference of the officiating in the NFC Championship Game. Many observers around the league thought that the boring Super Bowl game played on Sunday was a kind of instant karma for the NFL, whose handling of that situation was so seriously criticized.

Here are some of the reactions from around the NFL to the game from a Saints perspective.

Anybody who saw how the NFC Championship Game ended two weeks ago will tell you that the Rams did not exactly 100 percent earn their place in Super Bowl LIII, and that Drew Brees would have been able to easily navigate the Patriots defense in a way that Jared Goff clearly could not.

You have to admit that Sean Payton probably took a little pleasure in how the Super Bowl played out after what the Rams did to his team to earn a berth in the Super Bowl game.

Even with their vaunted offensive talent, the Patriots were unable to move the ball for much of the game, only scoring their sole touchdown midway through the fourth quarter. This New England team was one that Drew Brees, Michael Thomas, and Alvin Kamara could have scored on.

A lot of people who knew that the Saints were robbed of a chance to play in the Super Bowl as a result of the NFC Championship Game controversy were happy to see that the NFL was punished with the playing of such a boring, low scoring Super Bowl game.

There are not a lot of people who have good feelings about the Rams, who left St. Louis and their fans behind for a town that was never that high on pro football. And then on top of that, they advanced to the Super Bowl thanks to one of the worst missed calls ever, and were kept from scoring a touchdown.

The only people in the world who wanted to see the Rams and Patriots play in the Super Bowl were people in New England and southern California. Very few other football fans, and obviously no one in New Orleans, wanted to see this matchup, and they got one of the most boring championship games ever as a result.

Saints fans will remember the name of Vinovich for decades to come. It was his officiating crew that declined to throw a flag after Tommylee Lewis was mauled in the head by that Rams cornerback in the NFC title game, despite there being two officials looking directly at the play in question.

Yes, the New England defensive front came to play, pressuring Jared Goff consistently and keeping him from getting any rhythm, but it is a certainty that Drew Brees would have been able to get more than three points out of the Patriots D. No question for a quarterback who owns just about every record the NFL has.

My heart goes out to those trying to make this one interesting because it WASN’T! League got a clunker and it deserved it.

A lot of people watching the game believe that the National Football League got a little instant karma for how they handled the missed penalty, first not making that call, and then staying silent on the matter for 10 days afterwards, drawing widespread criticism from players, the media, and fans.

Poor Atlanta. A few years ago, they lost the most infamous lead in Super Bowl history to the Patriots, and then in their own stadium were unable to put on a good show.

The Rams came into the Super Bowl with an offense that scored the 11th most points ever in a season over the 99 years of NFL history. But when it came to the ultimate prize, somehow that magic of Sean McVay and Jared Goff was nowhere to be found. After the game, McVay admitted that he was out-coached by Bill Belichick.

Most believe the contest between Belichick and Sean Payton would have been closer.

The moment the Super Bowl ended, the Saints official Twitter account had this message ready and prepared. Just 242 days until we see the Saints again. The city of New Orleans is counting the days until their team will get another shot at playing for a world championship. Hopefully next time without any contribution from the guys in the striped shirts. (ByJames Parks)