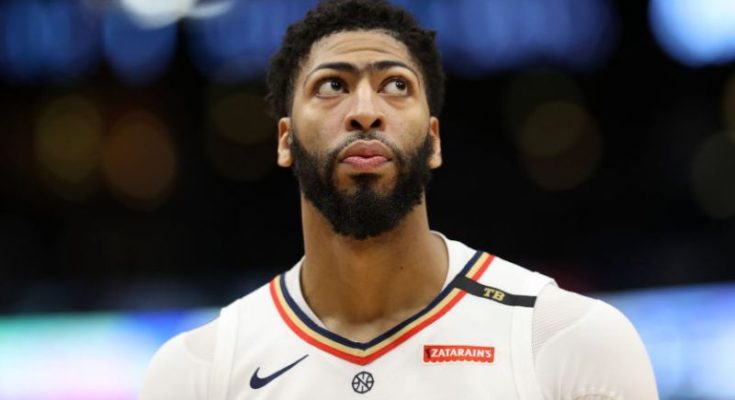 According to Adrian Wojnarowski of ESPN, the New Orleans Pelicans star could be facing disciplinary action from the NBA — such as a fine — following his on-the-record request for a trade.

NBA spokesman: “We commenced an investigation this morning upon reading the reports regarding Anthony Davis. That process is ongoing.” One reason: an on-the-record request for a trade by an agent or a player. Davis could be fined.

The five-time All-Star made waves early Monday when a report broke that the 25-year-old superstar had no intention of signing a contract extension and that he has requested a trade. Davis will be a free agent in the summer of 2020.

The Pelicans’ organization released a statement acknowledging Davis’ trade request and stating that while they would honor their franchise player’s wishes, they would also have the NBA look into enforcing tampering rules associated with this transaction.

Here is the full statement from the Pelicans, courtesy of Wojnarowski.

“This past weekend, Anthony Davis’ representatives informed us that Anthony does not wish to sign a contract extension with our team and subsequently has requested a trade. Although we are disappointed in this decision, our organization’s top priority is to bring an NBA championship to our city and fans build our team for long-term success. Relative to specific talks of a trade, we will do this on our timeline. One that make sense for our team and it will not be dictated by those outside of our organization. We have also requested the League to strictly enforce the tampering rules associated with this transaction.”

Obviously, the league office is pretty strict regarding matters such as this and it wouldn’t come as a shock if Davis were fined. With that being said, it’s a small price to pay considering the veteran big man’s desire at this point is to simply get the heck out of New Orleans.

Needless to say, to no one’s surprise, within hours of Davis’ trade demand being leaked, the Los Angeles Lakers were listed as front-runners in the Davis sweepstakes. Not only were the Lakers linked to Davis, but the New York Knicks are also considered a contender in the running for the 6-foot-11 big man.

Davis may expect a fine from the league office in the near future, but considering the Pelicans will honor his trade request by this year’s trade deadline or over the summer, I’d say that it’s worth it. (