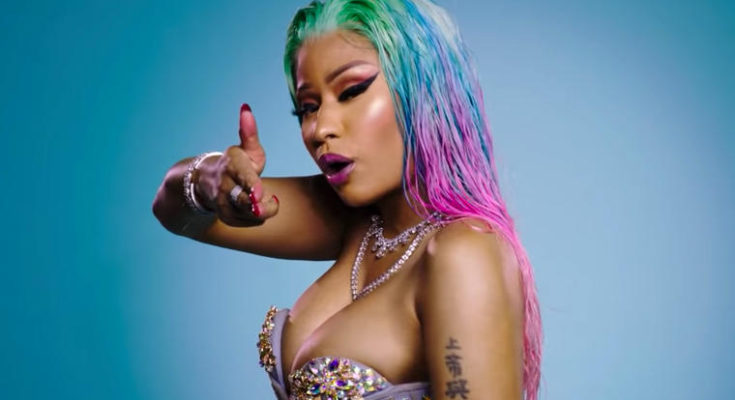 It’s not enough to make list after list. The Turning the Tables project seeks to suggest alternatives to the traditional popular music canon, and to do more than that, too: to stimulate conversation about how hierarchies emerge and endure. This year, Turning the Tables considers how women and non-binary artists are shaping music in our moment, from the pop mainstream to the sinecures of jazz and contemporary classical music. Our list of the 200 Greatest Songs By Women+ offers a soundtrack to a new century. This series of essays takes on another task

The 25 arguments writers make in these pieces challenge the usual definitions of influence. Some rethink the building legacies of popular artists; others celebrate those who create within subcultures, their innovations rippling outward over time. As always, women forge new pathways in sound; today, they also make waves under the surface of culture by confronting, in their music, the increased fluidity of “woman” itself. What is a woman? It’s a timeless question on the surface, but one deeply engaged with whatever historical moment in which it is asked. Our 25 Most Influential Women Musicians of the 21st Century illuminate its complexities. —Ann Powers

Even before she was crowned the queen of hip-hop, Nicki Minaj took the title. “When I come through, I do it f****** big!” she proclaimed on The Come Up, a rap video series featuring interviews and music vignettes, in 2007. In her most famous clip, Minaj freestyles from the stairwell while flashing a wad of cash from her luxury handbag. “Y’all b****** better sharpen your number 2 pencils ’cause I stay on point.” That combination — of confidence, skill and élan — has been her calling card since. “I hear they comin’ for me because the top is lonely… I’m the best b**** doing it, doing it,” she raps on the aptly-titled “I’m The Best” from her 2010 debut Pink Friday.

In a genre where men dominate the uppermost echelon — and only one woman usually flourishes at a time — the top is a lonely place. Minaj has indelibly changed the landscape for artists in hip-hop for the past decade, showing a complex visage: the ferocious emcee (“Monster,” “Itty Bitty Piggy”) who’s just as comfortable being the girl-next-door (“Right Thru Me”), glammed-up Barbie doll or rambunctious alter-ego Roman Zolanski. Amid her many incarnations, that insatiable appetite to be the best hasn’t changed. The tenacity and hunger from the stairwell continues at the top of hip-hop. She wanted the throne. Now that she has it, she isn’t going to relinquish it to anyone — male or female — gunning for that title.

Her lyrical prowess and razor-sharp flow is undeniable. She vacillates seamlessly between rap and singing — a nod to her training at New York City’s LaGuardia High School of Music and Art and Performing Arts — and is as comfortable exchanging bars with Ariana Grande or Beyoncé as she is going head-to-head with Drake and Lil Wayne. Her silver tongue and flair for the witty and dramatic make for verses you play on repeat just to catch the double, triple entendres. Conventional wisdom dictates that a guest verse from Minaj may mean relinquishing the entire track to her. Kanye West, Jay Z and Rick Ross learned this valuable lesson on 2010’s “Monster”: “Pull up in the monster, automobile gangsta/With a bad b**** that came from Sri Lanka/Yeah I’m in that Tonka, color of Willy Wonka/You could be the king but watch the queen conquer,” she launches her verse, completely overshadowing the other rappers.

According to Minaj, West feared that the rookie would be the show-stealer (she was), and she had to convince him to keep the song on his album, My Beautiful Dark Twisted Fantasy. “I fought u every step of the way but it worked out,” she shared on Instagram. She adds that Jay-Z was taken equally taken aback by her skills. “Jay said, ‘When u got so nice?’ I said: ‘I been nice’ Ha!”

Hip-hop often differentiates — and more accurately, disqualifies — women as “female rappers,” somehow subpar to men, but Minaj sees herself beyond categorization. “I feel that I am doing everything the boys can and have done, plus more,” she told The Guardian in 2010. “Doesn’t matter if you’re a man or woman.” She’s spoken out about sexism, even publicly scolding male rappers like Kendrick Lamar for their double standards towards women. “In any field, women must work TWICE as hard to even get HALF the respect her male counterparts get,” she said on Twitter. “The greats collaborated w/ Drake, Kendrick & Jcole b/c they’re dope MC’s. They collab’d w/ nicki cuz someone pulled a gun to their heads.”

Women in hip-hop have historically been expected to look (and act) within certain parameters — “one of the guys” (e.g. MC Lyte, Missy Elliott) or the hyper-sexualized kitten (e.g. Lil Kim, Trina). But following in the vein of Lauryn Hill and Eve, Minaj breaks from tradition. She’s been the quirky, life-size Barbie, glamorous vixen and girl-next-door. If there’s one way to describe her, it’s unpredictable. “Some days I’m super strong; some days I’m super insecure,” Minaj told Vogue in 2015. “I feel empowered sometimes by being sexy and being comfortable enough to be sexy on camera…. But there are some days that I don’t want anyone to see me. I’m just a regular girl.”

2018 marks a new front with new challenges for Nicki Minaj. Despite her success, her kingdom isn’t impenetrable. There’s challengers coming for her neck — most notably, fellow New Yorker Cardi B — and her Queen album wasn’t the success she had hoped for. But she isn’t abdicating without a fight.

The roll out for Queen was clunky, muddled and confusing. After being announced at the Met Gala, the album was plagued by delays and sample clearance issues. The breakout song is “FEFE” with controversial rapper 6ix9ine, who is persona non grata in much of hip-hop (especially among female fans) after pleading guilty to the use of a child in a sexual performance in 2015. Minaj claims he was banned from performing at the 2018 MTV Video Music Awards but she still vehemently supports him. “Shout out to my baby Tekashi,” she’s defended.

Commercially, Queen didn’t live up to its title. The album was bested by Travis Scott’s Astroworld, which sent Minaj into a tailspin. “I felt like I wanted to punch him in his f****** face!” she said on Ellen about Scott. She has blamed streaming platforms, Billboard charts and industry honchos for supposedly sabotaging her success. Critics have called the release “calamitous,” reeking of “desperation and hypocrisy” and “regrettable.”

When criticized, Minaj goes on the offensive, sometimes to the point of overzealousness. “They need rappers like me / So they can get on their f****** keyboards / And make me the bad guy!” she exclaims on the Queen single “Chun-Li.” She’s fired salvos — using her Queen Radio show on Apple Music’s Beats 1 as a soapbox — against Cardi B, Scott and pretty much anyone who gets in her way. She caught heat for tussling with writer Wanna Thompson, a freelance critic, and songwriter Tracy Chapman, who allegedly didn’t clear a song sample, and inciting her ardent fan base (the “Barbz”) to go after them. The rallying has gotten particularly aggressive — and personal — on Twitter, to the point that the fans have been compared to cyber bullies.

This kind of backlash could destroy an artist, but Minaj leverages it in her favor. She doesn’t abandoned who she is — a competitive rapper at the core — but rather, this new phase becomes part of her ongoing narrative. Despite the drama (or maybe because of it), her star continues to rise. “FEFE” is her highest-charting song this year, reaching No. 3 on the Billboard Hot 100, and has been certified platinum. Queen Radio is one of Apple Music’s most popular shows — trending every week — and many fans and industry insiders tune in just to hear what Minaj will rant about. Some speculate that this could help the rapper pivot into a broadcasting career similar to Joe Budden or Noreaga. And that label as the “bad guy” has its benefits too; Minaj has been named a face of Diesel’s cheeky anti-bullying campaign.Minaj doesn’t seem surprised. “All the QUEENS I remember, SHOOK S*** UP!!!!!!!!,” she tweeted this summer. She’s in control, as always. (Sowmya Krishnamurthy/Courtesy of npr)