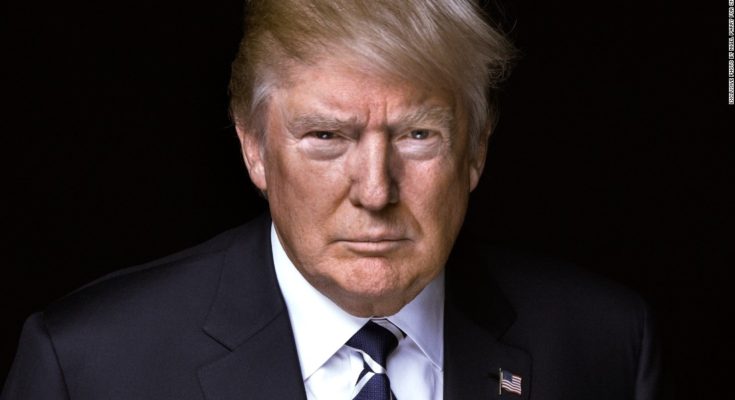 What’s The Real Reason behind Trump’s concern for white farmers in South Africa?

There is a group of people in Africa President Donald Trump is seriously concerned about.
That group of people is white farmers in South Africa.
This is the first time as President that Trump tweeted his concern about Africa — Twitter is our window into his brain, remember — and it was to let the world know that after a Fox News report he was directing Secretary of State Mike Pompeo to study and monitor the treatment of those white farmers in South Africa.

Some people who might share his concern are US voters who still think Trump was unfairly criticized for his openness to white supremacists marching on Charlottesville, or his closure of US borders to refugees from mostly non-white countries he’s referred to as shitholes?
Don’t misunderstand; this tweet does not seem like an intentional plea for votes. But it is certainly another glaring example of Trump being very literally and specifically concerned about white people.
And those concerns are an important part of his political power.
Here’s Trump’s full Thursday tweet on Africa.

I have asked Secretary of State @SecPompeo to closely study the South Africa land and farm seizures and expropriations and the large scale killing of farmers. “South African Government is now seizing land from white farmers.” @TuckerCarlson @FoxNews

“I have asked Secretary of State @SecPompeo to closely study the South Africa land and farm seizures and expropriations and the large scale killing of farmers. “South African Government is now seizing land from white farmers.” @TuckerCarlson @FoxNews”
He actually posted it twice, the second time to correct Pompeo’s official Twitter handle.
(Note: Trump did tweet once before as President about Africa, just after he referred in private meeting to refugees from sh**hole countries, to say he was “Honored to host a luncheon for African leaders this afternoon. Great discussions on the challenges & opportunities facing our nations today.”)
The most glaring problem with this new tweet is his comment about “large-scale killings of farmers,” which suggests there is a genocide of white farmers going on in South Africa. That does not appear to be the case, at least according to one recently released accounting which suggested the killing of white farmers in South Africa was at a 20-year low.

There's a danger in conducting foreign policy by tweet after viewing a single press report. First, land reforms have been proposed in parliament in South Africa, but not yet adopted. Second, there is no "large scale killing of farmers" going on in South Africa. https://t.co/lpdyNIEH7V

Which isn’t to say any killing of of any farmer in South Africa is OK. It’s not. And it’s not to say white farmers in South Africa don’t have a legitimate gripe about government plans to expropriate land in order to put more in the hands of black South Africans. They may. That’s an extremely complicated issue that builds on generations of racial and economic injustice and inequality and South Africa’s attempts to deal with continuing problems in the 24 years since the end of Apartheid.

Of all the many, many things that a president deals with on a given day, this is one that Trump chose to tweet about.

(Please read CNN’s coverage of the issue of South African land rights and the response to Trump Thursday by the South African government. While you’re at it, brush up on serious social and human rights problems in Africa, on which Trump could have chosen to tweet. There are plenty, like the army firing on unarmed demonstrators in Zimbabwe who were protesting the election results, the new outbreak of Ebola in the Democratic Republic of the Congo or the arrest of opposition leaders in Uganda.)
Of all the possible injustices on the continent of Africa, the one the US President has chosen to seize on is the plight of white farmers who own the vast majority of fertile land in the country.

Here’s a selection of his tweets from that time period:

“Looks like Obama will not stop the very potentially dangerous flights to and from West Africa. What the hell is wrong with this guy?”
“Despite the ever increasing Ebola disaster, Obama refuses to stop flights from West Africa.It’s almost like he’s saying F-you to U.S. public.”

Now with only black Africans endangered by the disease, Trump is silent.
CNN has documented that Trump’s own political base is centered on more rural areas and areas with less racial diversity. In 2016, he decisively won white voters and decisively lost every other racial subgroup. He’ll need white voters to turn out in November if he wants to maintain majorities in the House and Senate and he’ll need them to turn out in 2020 if he wants to win reelection.
Against that backdrop, consider Trump’s insistence on demonizing black NFL players who kneel for the National Anthem in protest of police brutality. He launched and ran his 2016 campaign by focusing on the dangers posed by illegal immigration — a proven motivator for his base — and continues to build up immigration into a top issue ahead of November’s midterms in hopes of persuading like-minded voters to show up at the polls.
In all likelihood, Trump was simply watching Tucker Carlson’s show and saw the report criticizing Secretary of State Mike Pompeo for not trying to influence South Africa’s ongoing land debate. The President probably won’t make South Africa a US election issue, but his tweet shows that a Fox News report that criticizes the State Department can catch the eye of the President and influence US policy. None of this should be surprising.
We’ve seen the President show understanding for white supremacist marchers. We’ve seen him call Mexicans rapists. We’ve seen him pine for more immigrants from mostly-white European countries, like Norway. We’ve seen him refer to mostly Latino gang members as “animals.” We’ve seen him show surprise that a Latino ICE agent could speak English. We’ve seen him say a Latino judge would obviously be biased against him. We’ve seen him show a propensity to say African-American athletes and lawmakers aren’t smart. We’ve seen him say black athletes kneeling during the National Anthem should be kicked out of the country. This week we’ve seen him politicize the murder of an Iowa college student, allegedly by an man who officials say came to the US illegally.
His concern for white farmers in South Africa is yet another example of Trump’s version of identity politics. (Analysis by Z. Byron Wolf, CNN)
Previous PostBirdman Apologizes to Lil Wayne During Lil Weezyana Fest in New Orleans Next PostDrake Brings Out Travis Scott for "Sicko Mode" in Toronto