Floyd Mayweather says the core of his feud with 50 Cent is that the rapper tried to push out the guy who runs his business … Al Haymon.

FYI, Al is Floyd’s longtime manager — and Floyd has credited him with having a crucial role in building his near-billion-dollar empire.

So, when Floyd appeared on Complex News and was asked about his beef with 50 — Mayweather suggested it all began years ago when 50 Cent tried to cut Haymon out of Floyd’s business and start his own thing with Mayweather.

“I don’t owe anyone money.”

Mayweather has also taken offense to 50’s claim that he’s a poser who didn’t REALLY buy that famous $18 million diamond watch. He busted it out during the interview to prove 50 wrong. 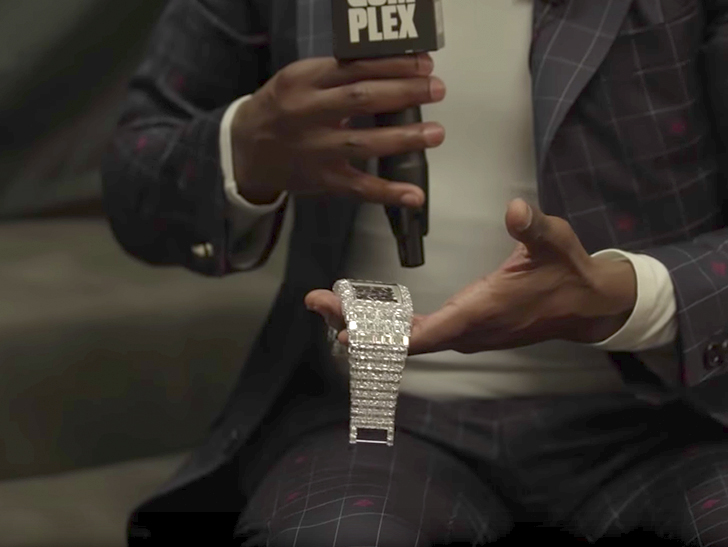 And, while Floyd had SOME nice things to say about the rapper — he ripped 50’s show, “Power” … saying this season is “sh*t.”

50 Cent recently sent out a semi olive branch … saying Floyd’s his “brother” — but then ripped him by saying he’s illiterate and can’t read any of his IG posts anyway.