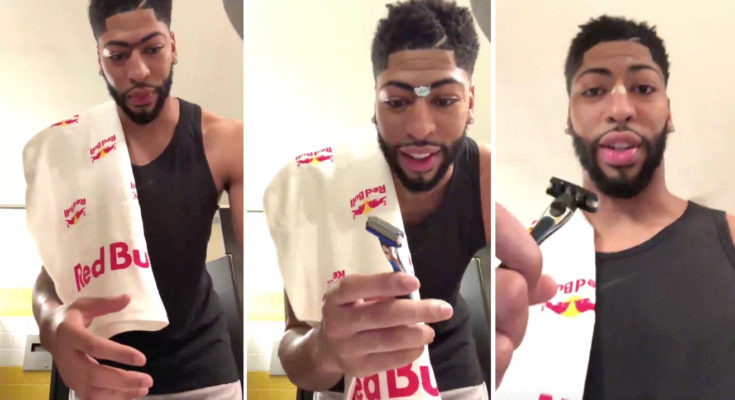 darudemagApr 02, 2018UncategorizedComments Off on It Appeared that New Orleans Pelicans star Anthony Davis shaved his iconic unibrow in video

The Unibrow has returned after a brief disappearance on Saturday night.

Anthony Davis posted a video of himself apparently shaving the middle portion of his iconically connected eyebrows.

However, on Sunday, Davis revealed that the video was an April Fool’s Day prank and the unibrow remains.

The people have spoken, time for a little change…

Davis’ prank comes in the midst of a frenetic playoff push in the Western Conference, where his Pelicans currently hold a two-game lead for the eighth and final playoff spot. Davis has kept New Orleans afloat despite the season-ending Achilles injury to fellow All-Star DeMarcus Cousins. The former No. 1 overall pick is averaging 28.1 points, 11.1 rebounds, 2.5 blocks and 1.5 steals per contest.

Previous PostHow Did Facebook Blew It? Next PostOakland's New Exhibition Traces the History of Hip-Hop