Craig Mack, the Long Island rapper who found fame on Sean “Diddy” Combs’ Bad Boy Records in the mid-1990s, has died at age 46, his producer confirmed to the Daily News.

Mack — who launched to hip-hop acclaim with the platinum hit “Flava in Ya Ear” in 1994 before being overshadowed by fellow artists such as the Notorious B.I.G. — died of heart failure at a hospital near his Walterboro, S.C., home Monday. 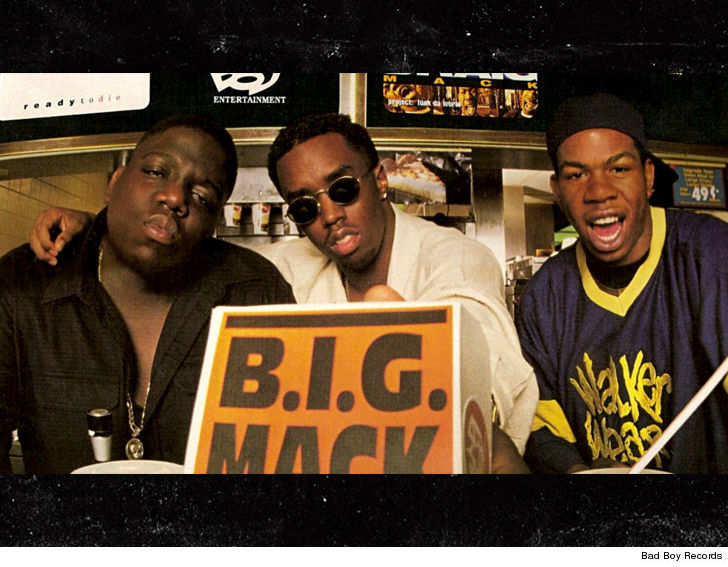 “God bless my friend. He was a good friend of mine,” said Alvin Toney, who produced Mack’s debut album “Project: Funk Da World” and his “Get Down Remix.”

“Nobody got to understand his story,” Toney said. “I wanted the world to know the talent he had. It was something I wanted people to enjoy, but it was cut short because he was very religious and wanted to go to church.”

Tony said Mack told him during his visit that he had been ill for some time and knew he wouldn’t live long.

As a boy, the Suffolk County native dreamed of making it big like LL Cool J and Run DMC, according to a New York Times profile of Mack. He began penning his own lyrics at age 12.

Mack’s career shined bright with the help of Diddy, then known under the pseudonym Puffy.

The Bad Boy Entertainment founder met the aspiring artist at the Manhattan club Mecca and promised to sign him if he could freestyle to Mary J. Blige. Mack did not disappoint.

Soon, Mack’s star-studded hit, “Flava In Ya Ear,” was born. The song went on to earn a Grammy nomination for best rap solo but lost to Queen Latifah’s “Latifah’s Had it Up 2 Here.”

A remix to the song featured Diddy’s other up-and-coming stars, including Brooklyn-born rapper Christopher Wallace, known as Biggie Smalls or the Notorious B.I.G. — who was largely responsible for bringing the record label to fame with his hit 1994 album “Ready to Die.”

At the time, Diddy declared both Biggie Smalls and Mack the foundation of Bad Boy Entertainment.

“This is my life here,” Diddy said, gesturing to Mack and Biggie Smalls during an interview with MTV Raps. “We all need each other to live and breathe. That’s the way we treat each other.”

He released “Operation: Get Down,” in 1997 under the Volcano Entertainment label, but it failed to produce a hit single.

Mack departed the label in 1995, hoping to strike out on his own, but further fame eluded him.

Mack appeared in the music video for Diddy’s 2002 hit “I Need a Girl Part 1,” but he was missing when Diddy reunited his Bad Boy crew for the 2015 BET Awards, having disappeared from the limelight to pursue his faith at a troubled South Carolina church.

Brooklyn’s DJ Scratch remembered Mack as the hardworking roadie who helped set up and break down his turntables on tours.

“I cannot believe this dude is gone,” said DJ Scratch, the stage name for George Spivey. “He just reached out a couple of weeks ago for me to speak on his documentary about his life.”

Like Mack, “Just A Friend” rapper Biz Markie got his start on Long Island.

“R.I.P TO MY MAIN MAN CRAIG MACK ANOTHER GREAT ONE GONE,” he wrote. (written byNicole Hensley | edited by Loren Fouroux)

Previous PostMeet Melissa Harville-Lebron: The First Black Woman to Own a NASCAR Team! Next PostBeyoncé and Jay-Z’s "On the Run II" Tour is Official